Kildare running column: I’m preparing for defeat as my wife takes up running 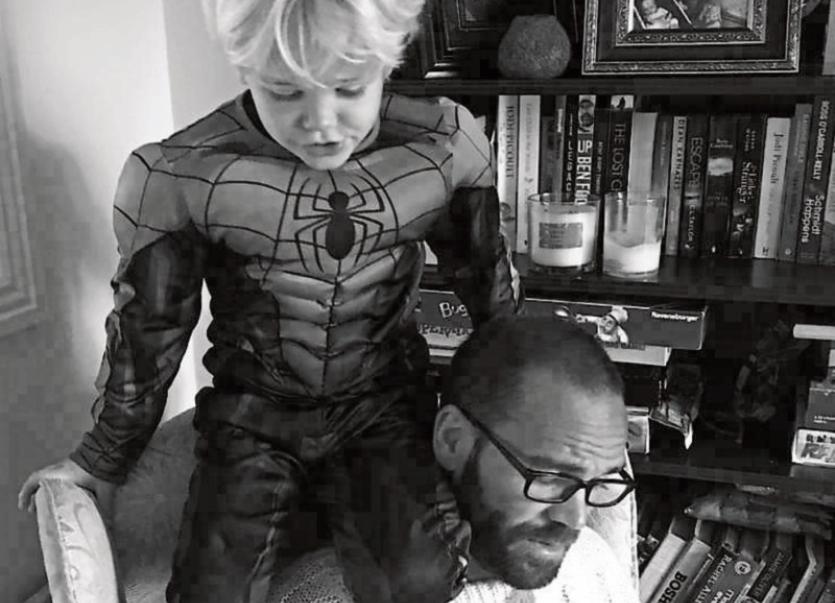 The kids are climbing the walls at this stage of lockdown!

Life can get very funny, even a bit strange when you’re with kids all day every day. We can’t even offload them to the grandparents anymore. I know the coronavirus is scary but try facing a five-year-old at 9.30am on a Monday morning who is dressed in his Spiderman outfit, and is fully convinced he can crawl the walls and you have work to get through — that’s real fear.

My patience and tolerance are really being tested. With kids, everything, absolutely everything gets a running commentary.

If they need something they need it “NOW”. They’re never just hungry, they’re “STARVIN”. There hasn’t been one day in almost seven weeks of this lockdown without some kicking, slapping, pinching or inappropriate farting. When you ask them to do something, the first word is “WAIT” and the second is “WHY?”

The daily topic — “what’ll we have for dinner?” is getting old. Things that I have never noticed at home are starting to really grate on me. I miss work, I miss the space it gave me and I miss the ‘doing’ of it.

Then to top it all off, like so many during the lockdown, my wife Michelle decided she wanted to take running more seriously again. I am the only runner in our house. I like it like that. It’s my thing.

Michelle has flirted with running on occasion. She even ran a 5km a couple of years ago. But I found it worrying when she decided that she was going to start a structured training plan. I’m not sure why, but it made me feel nervous.

It took a couple of days to realise why. If Michelle actually trains properly she is very likely to be faster than me and beat me in a race. She doesn’t realise this but she is far more athletically capable than me. I get beaten in races by women all the time, but they aren’t my wife!

Michelle comes to the races, waits for the elites and faster club runners to pass and then claps and shouts as if I’m the first runner she’s seen all morning.

She meets me on long runs with drinks and encouragement. She even lies for my benefit, telling me I wasn’t that far from the front. But I’m not ready to do that for her. I want to be the runner not the supporter!

However, Michelle — like anyone commencing a new running programme — faces challenges. Unfortunately for her, running-related injuries are much more common amongst novice runners than in more experienced runners with a weekly running volume of over 40 miles per week, according to 2015 research.

Several studies have suggested injury prior to commencing a running training programme to be the greatest risk factor for future injury.

Unfortunately, with increasing age comes a loss of both muscle strength and muscle mass. Decline in muscle mass is known as sarcopenia (from the Greek for “loss of flesh”).

This loss of muscle mass can be slowed with exercise, but not prevented.

Instead of developing new muscle fibres from exercise, as we did when we were younger, the remaining fibres merely increase in size. We also lose some of our ability to control the activation of our muscles. This can cause subtle reductions in coordination and strength. As a result, increasing age (greater than 45 years old) is strongly associated with an increased risk of injuries in new runners, according to a 2012 study.

As well as the body failing novice runners, so can their personality traits betray them. The evidence for which personality types make the best runners is mixed. Breaking a bone is a painful and definitely a physical experience. But like all experiences, the presence of pain is interpreted and processed by the brain. Therefore the mind plays a crucial role in determining the extent to which a person feels an injury — particularly when considering overuse injuries.

The cause of these common running injuries can often be attributed to ignoring the warning signs from the body. Injury in runners is often caused by a miscommunication between the mind and body. Understanding our own psychology can play a huge role in remaining healthy while training.

Successful distance runners tend to be Type A individuals — competitive types who are highly motivated, positive, structured people. But these traits can result in a “never miss a mile” frame of mind and this mindset opens the door to injury. That’s because habitual training forces us to ignore the important warning signs — a tight hip flexor, a sore knee or sore calf, in favour of finishing that run limping!

So Michelle may be far more likely to get injured than me, with a bit of luck! But she has no pre-existing injury and has a BMI of less than 25 kg/m2. She scrapes in under 45 years of age and even though she is competitive by nature this risk factor for injury will be controlled by the graduated, flexible and guided training programme she intends to follow.

I should hang up the runners because she will inevitably beat me in the coming months and years, and I’ll never hear the end of it!

But I won’t ever stop running because running, and sport in general has given me a sense of self sufficiency and pride, but more importantly humility.

So rather than be intimidated by the possibility of losing a race to my wife I look forward to sharing the experience and congratulating her at the end.