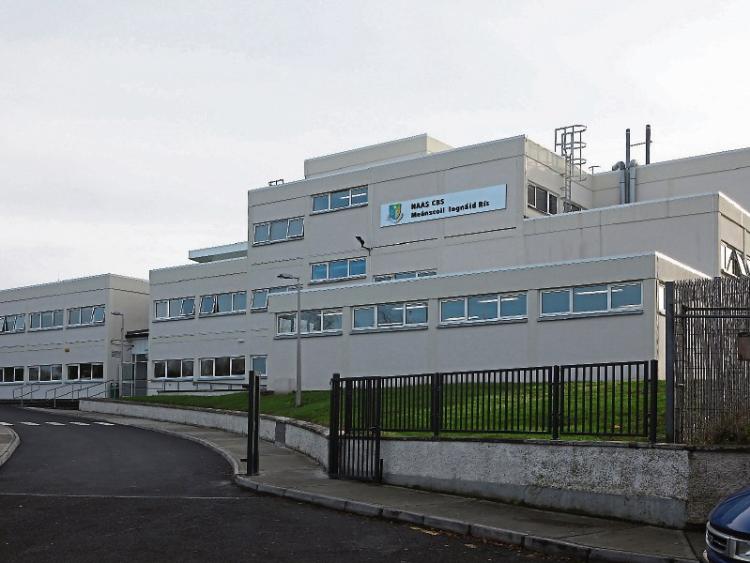 A planning application application has been lodged to develop a new sports field at Naas CBS.

Permission is being sought for a new 120 metre by 74 metre all-weather pitch including storage areas to replace an existing grass pitch.

The application is also seeking a new 2.4 metre high perimeter fencing and ball stop netting of six metres and up to 12 metres.

The planning document, lodged by the school’s board of management, also seeks to have six lighting columns of just over 18 metres in height around the new pitch and a single six metre high lighting column for the car park area.

The school also wants the go ahead for a new diesel generator as well as car parking spaces and advertising signs.

The pitch is a fourth generation (4G) playing surface adjacent to the school which will be able to accommodate a number of sports. The estimated cost of the development is €1.2m and finance is being sought from a number of sources — grants (€395,000), the school authority (€550,000) and a partnership arrangement €275,000. At a presentation made to a Naas Municipal District meeting a few months ago the school stressed the partnership aspect of the plan. Other clubs including Naas GAA and Naas Rugby Football Club have been approached and are supportive of the plans.

The finished pitch will boast a full size soccer field, two basketball courts, a separate warm up area as well; as a walking/ running path. It will facilitate GAA games but it won’t have a full size pitch for these.

Principal Ben Travers said that while a building extension in 2013 provided a state of the art education facilities a new playing surface is needed to accommodate the sports needs of a school which has won two Leinster senior football 'A' championship titles in recent years.

“We are the only school in the area that doesn’t have a pitch and this would expand the school's links with the wider community,” Mr Travers said, adding that it will be open to community and sports groups. It will be built on the site of the old swimming pool, which opened in 1971 and closed with the advent of the K Leisure facility.

Kildare County Council will make a decision on the application by June 22.