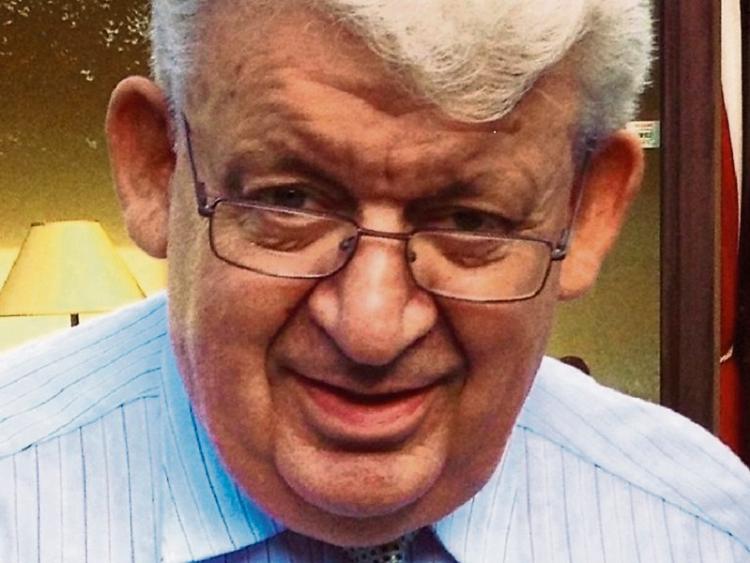 He went on to become a Fellow of the Society of Chartered Surveyors of Ireland (SCSI).

The Coonan practice in Maynooth was originally founded by Edward A Coonan in 1892 and taken over by his son Billy (Willie’s father) in 1935.

Upon Billy’s early passing in 1948 his wife Eileen Coonan took over the business as the first female auctioneer.

Eileen ran the firm successfully with the help of Dick Brophy for many years.

It was after his Leaving Certificate in 1961 that Willie joined the business at the young age of 18.

After taking charge in 1978, due to Willie’s hard work and dedication soon led to the firm becoming a leading agency in Ireland.

Willie’s son Will has headed the company in recent years with business partner Philip Byrne but Willie remained very involved on a day to day basis as a consultant.

Willie was regarded as an expert in the area of stud farm valuations and handling the sale of all types of equestrian properties.

Throughout his illustrious career he was involved in the sale of over 60 Stud Farms and prestigious properties.

Business was central to Willie’s life and it was no surprise he was the first agent to achieve in excess of a million pounds for a farm in the late 1970s.

Willie was famously quoted after the auction about one of the reasons for its strong price.

He quipped: “It’s only money, but we are giving you land and they stopped making the stuff a long time ago!”

The Irish Independent reported the record-breaking event and noted that Frank Goodwin purchased the farm from the Farringtons of Naas.

The paper added that “Goodwin was a progressive farmer who married into the wealthy land-owning Greene family in the Athy area.”

The under bidder was Jim Reilly of Castledermot.

The auction, which took place in the Keadeen Hotel in Newbridge, was stalled at IR€900,000 for a time but then bidding took off quickly again.

The newspaper report said: “It was similar to hearing that Roger Bannister had run a mile in less than four miutes.”

It added: “For Willie Coonan, who is the fourth generation of his family in the auctioneering business, it was a great personal triumph.

“His brilliance was in taking the £1m bid in his stride and fighting for every last penny for the remaining £183,000.”

The paper described the farm as a well-organised tillage holding that would be difficult to assemble today.

Willie is survived by his wife Mary and their children Will, Sally and Lisa, sons and daughters in law, seven grandchildren and brother and sister.

While private family funeral arrangements have been made in conjunction with Covid 19 lockdown rulings, a more public celebration of his life will be announced when the crisis has ended.

The business that Mr Coonan help build up is now thriving today.

The business was transferred to Maynooth in 1938 and a second branch was opened in Celbridge in 1999 with a third branch opening in Naas in 2019.

The firm has been a long-standing member of the Irish Auctioneers and Valuers Institute now the Society of Chartered Surveyors Ireland and have played an active part in both organisations over the years of its membership.

In addition to our specialist and historical knowledge of the agricultural sector — the firm has developed an acknowledged expertise in the commercial sector.

It also has expertise in the new homes and residential letting sectors due to the considerable urban growth in its catchment area in the last twenty years.

This includes development land, new and second hand homes, industrial and retail together with valuations whilst continuing with traditional areas of sales of farm land, stud farms and country property.

With expert local knowledge of the catchment area, the firm assists clients with their decision making regarding the management of their assets.

Oover the years, it has advised and assisted many multinational, institutional, private firms and others in this regard.

In the early 1980s the focus changed for Coonan to the sale of Stud Farms as this became a focal part of Estate Agency in Counties Kildare and Meath during that period and the firm became leading agents in this area.

Around the turn of the century with the spread of Dublin to the commuter towns in north Kildare the firm changed its focus to Development Land and New Homes though continuing with its part in the Stud Farm and Agricultural sector.

As Dublin continues to expand there is still a strong demand for Coonan Property services and the firm has adopted its service to become the leading New Home specialists in the Greater Dublin Area, presently marketing 14 schemes with sales in all ongoing.