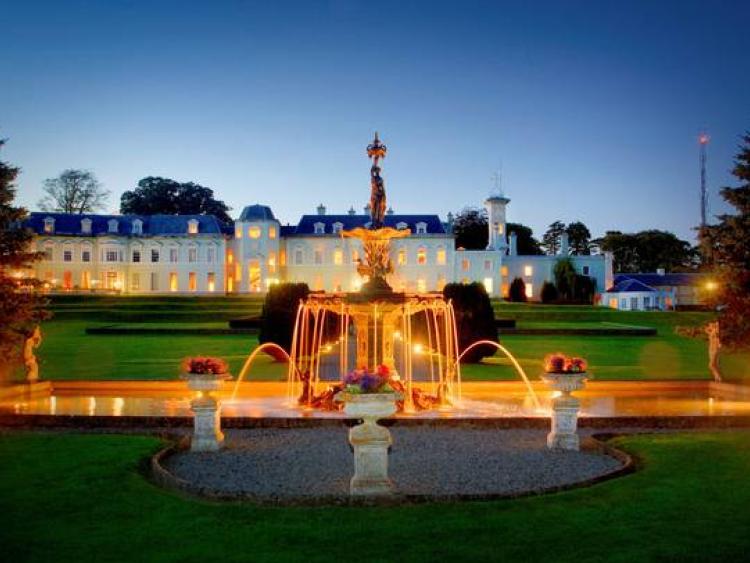 A business tycoon who owns a nursing home in Maynooth is on the brink of a €55m purchase of the K Club in Straffan, it emerged at the weekend.
The sprawling hotel and golf resort was put on the market last year by owner Michael Smurfit who was seeking up to €80 million for the landmark property.
Low-profile nursing homes operator and hotelier Michael Fetherston emerged in recent months as the preferred bidder to buy the sprawling property.
A deal has been agreed and the purchase price is in the region of €55m, according to a report in the Sunday Business Post.
Festerston has reportedly plans for a retirement village on the grounds of the complex.
It is understood that foreign-based investors were also interested in buying the five-star resort that famously hosted the Ryder Cup golf tournament in 2006.
Mr Fetherston’s main business interest is the TLC nursing homes group, which owns and operates five facilities in the greater Dublin area including Maynooth, Santry and Citywest.
The K Club was originally bought for €97m in 2005 by Bishopscourt Investments, which was a joint venture between Mr Smurfit and property developer Gerry Gannon.
Mr Smurfit then bought out Mr Gannon’s interest in the property in 2011.
The complex, which includes two championship courses and a five-star hotel, lost €3.1 million in 2017, its accounts show.
Opened in 1991, the K Club now boasts 140-bedrooms and the resort is set amid 550-acres of parkland on a mile long private stretch of the River Liffey.
A restored 19th Century Georgian mansion estate, the K Club is set on the former site of Straffan House, which was originally modelled after a French chateau by Hugh Barton in 1832, the grandson of legendary winemaker Thomas Barton.
The K Club is home to the Arnold Palmer-designed Ryder Course — the venue for the 2006 Ryder Cup and The Palmer Smurfit Course, host to the European Open from 1995 to 2007.
The K Club also has a 20,000 square foot K Spa which is attracting customers from Kildare and further afield.
Famous guests who stayed in the K Club over recent years have included ex US presidents George Bush and Bill Clinton, actors Joan Collins, Sean Connery and Michael Douglas, Prince Albert of Monaco and singer Justin Timberlake.