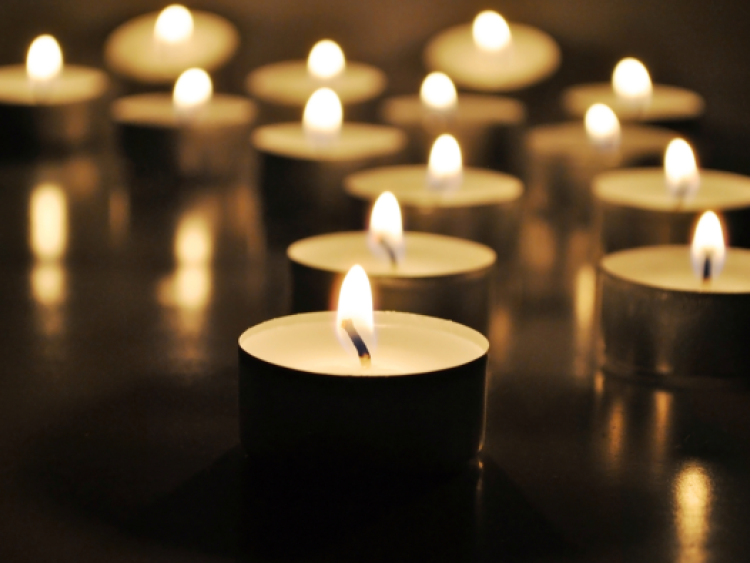 Reposing at McWey’s Funeral Home, Abbeyview, Kildare Town, on Thursday from 4 O’clock. Rosary at 7 O’clock. Removal by Glennon’s Funeral Directors on Friday at 10.30am, to arrive at the Carmelite’s Church for Requiem Mass at 11 O’clock. Burial afterwards in St. Conleth’s Cemetery, Kildare Town. Family flowers, only. Donations, if desired, to the friends of St. Brigid’s Hospice, the Curragh. Donations box in church.

Funeral Mass in the Church of the Sacred Heart, Donnybrook on Friday at 11am, followed by burial in Bodenstown Cemetery, Sallins.

The death has occurred of Kenneth Henry SHAW
Celbridge, Kildare

“The day thou gavest Lord, is ended.”

Reposing at William Ryan & Sons Funeral Home, Church St., Kilcock (W23 XC90) on Wednesday from 5.30pm to 8pm. Funeral Mass on Thursday at 11am in Our Lady of Lourdes Church, Dangan, Summerhill followed by burial in the adjoining cemetery.

Reposing at her son John's residence, Knockroe, Maganey (Eir Code R93 XOD9) from 2pm on Thursday evening with Rosary at 8pm. Removal by Rigney's Funeral Director's at 10.30am on Friday morning to arrive at The Church of St. Laurence O'Toole, Levitstown for Requiem Mass at 11am. Burial afterwards in Coltstown Cemetery, Castledermot. Family flowers only please. Donations, if desired, to The Alzheimer Society of Ireland.