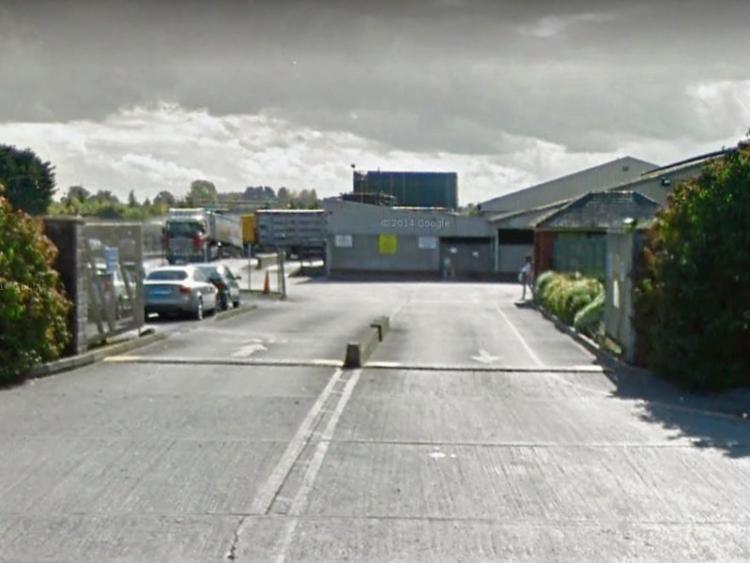 The gates of Kildare Chilling in Kildare town

The past week has seen continued protest and angry scenes at the entrance to the Kildare Chilling plant, where beef farmers are protesting against the price they are getting for their cattle.


While at some points during the week there was only a symbolic presence outside the facility’s gates in Kildare town, on Sunday numerous farmers stood in front of lorries delivering cattle to the plant, trying to discourage them from driving in, with mixed results.
Gardaí are making enquiries into an alleged incident on Sunday which saw one male protester in his 60s, who was injured during an incident, being removed to Naas General Hospital. At least two video clips from the protest have emerged in recents days showing moments of tension with lorries inching forward and protesters standing in their way attempting to stop them, as well as angry interactions between Kildare Chilling staff and protesting farmers.
Last Wednesday, August 28, gardaí say they attended the protest outside Kildare Chilling but made no arrests.  Protests have resumed nationwide at beef slaughtering plants following the conclusion of talks some weeks ago aimed at ending the stalemate.
Notwithstanding some progress made in those talks on the issues such as transparency of processing, farmers remain frustrated that the talks did not deal with prices. Farmers and their representative bodies say that unless real progress is made on the issue of the price being paid to farmers, their complaint with the meat processing industry will remain.

Farmers say that following a reduction from in price since last year of €4.20 per kilogram to €3.50, they are losing €150 or more per head of cattle, and say their livelihoods are at stake.

Meat Industry Ireland, the association which represents the meat processing sector in Ireland, has said that the continued blockading of beef processing plants across the country has forced companies into staff lay-offs and, if it continues, further significant staff lay-offs are inevitable.

They say it is “extremely damaging for the entire Irish beef sector” and call on protestors to end the blockade.
The processing plants have also sought, and been granted injunctions from the courts preventing the farmers from protesting, a move described by farmers as “pouring petrol on flames”.
It is understood farmers sat down on Monday morning with management at Kildare Chilling to try to de-escalate tensions.