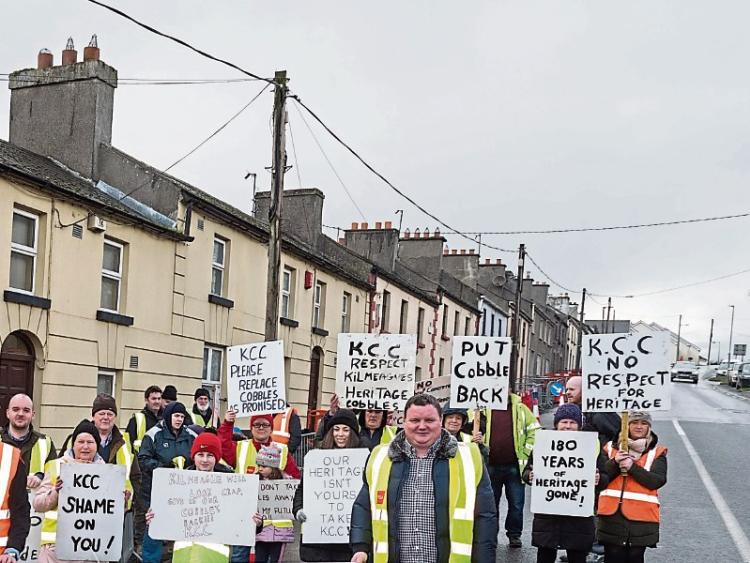 Recent protests for the reinstatement of the historic cobbles

Kildare County Council has reached agreement with residents in Kilmeague over a one hundred year old cobblestone path in the village.

The cobblestones were being lifted up by KCC, but residents objected, seeking reinstatement. The Council said health and safety regulations prevented them from doing so.

Cllr Aidan Farrelly welcomed the news which came following his question to the council at the recent Clane / Maynooth Municipal District meeting on July 5.

Councillors were told that following a meeting with Kilmeague Tidy Town and village residents on April 3, the council discussed the situation with the Tidy Towns representative, stone mason and consultant, Caroline Gethings.

After further meetings, one at Newbridge House in the Fingal County Council area, which has similar cobblestones to the Kilmeague ones, it was agreed that Ms Gethings would forward recommendations to the Council.

It said “it is the intention to proceed to carry out the footpath works in Kilmeague village.

“Former cobblestones will be used. It is expected there will be a contractor at work there next month.”