Jamie (18) honoured as Naas Local Hero for work with charity 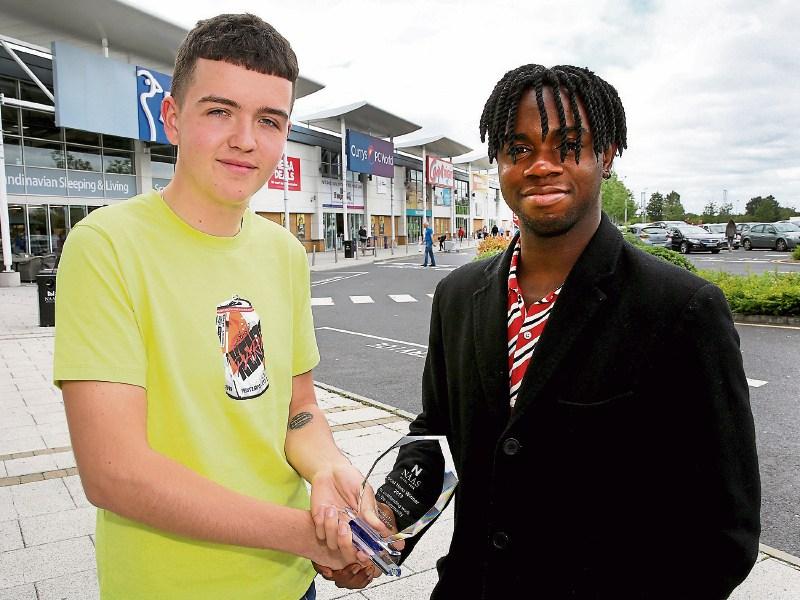 Jamie Carroll Comiskey, left, winner of the Naas Retail Park local hero competition is presented with a plaque to mark his achievement by Dafe Orugbo of 1 Plus Events

A locally-based volunteer who works with the homeless has been dubbed a Naas Local Hero by a local retail park.

As part of Naas Retail Park’s commitment to social responsibility, it sought out the town’s most deserving community worker.

The theme of Sigma’s 2019 corporate responsibility programme is — do well by doing good.

Jamie Carroll Comiskey 18, of Naas, who works with the Homeless Mobile Run charity, was adjudged the most deserving of the award.

Jamie has raised €5,000 for Homeless Mobile Run this year to go towards food, sleeping bags and tents.

“I want to raise awareness around the issue of homelessness,” said Jamie, who has worked with Homeless Mobile Run since January 2018.

“Jamie is a most deserving winner and we are delighted to back his wonderful work with Homeless Mobile Run,” said Jenna Culligan, asset manager at the retail park.

Jamie has said he got involved with the charity because of the sheer numbers of homeless people.