A KILDARE MAN IN LONDON: On the trail of Kieran Kelly — the Secret Serial Killer 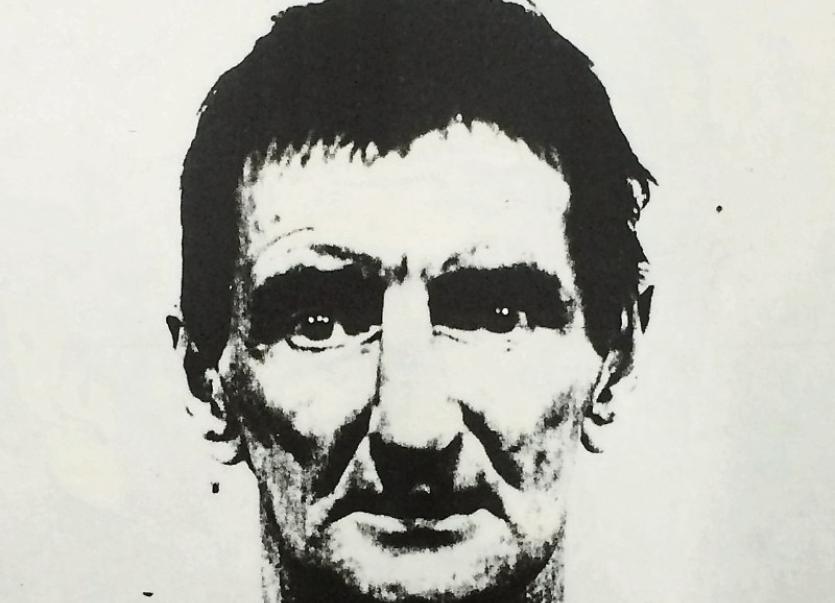 Leinster Leader columnist and Sky News journalist Robert Mulhern spent three years investigating claims Laois man Kieran Kelly — a two-time convicted killer — in fact murdered 31 people in England between 1953 and 1983. In this extract from his newly released book The Secret Serial Killer: The True Story of Kieran Kelly, published by Pen&Sword, the journalist details a 2017 visit to Kelly’s one-time home in Rathdowney, and a turning point in investigation that’s become the subject of a major UK and US television documentary.

Two days had now passed since Nicky Meagher made the startling revelation that he’d discovered skeletal remains — complete with a wire noose tied around the neck of the remains — buried under the front entrance of his Rathdowney home.

Along with his son, Meagher had been digging a trench for a water-pipe.

Following the 1994 discovery, he had called the local doctor Niall O’Doherty who on this late summer morning was sat on the front wall of the property, alongside Meagher.

“That’s it now,” said Meagher, leaning forward from the wall and nodding at a pillar beside the driveway, underneath which the remains were discovered.

“I dug down about 18 inches,” he said, offering a quick revision. “It was around that depth for a water pipe. Then I found a bone and I went further.

“I called the Gardaí and they sent them over from Templemore. I’m not sure how far they went down, just that when they arrived they told us to stand aside while they had a look.

“But this is where the remains were found.

“Niall said it could be human and there was a noose… I thought: ‘Jesus, someone has got done in here’. That’s what I thought when I seen the noose around the neck.

“It was a thickish wire, like a bull-wire. You had the skull and the neck and the rest of the bones were loose.’

“The rope was around the skull and under chin,” O’Doherty, the doctor, chipped in. “It wasn’t a complete body but a collection of bones buried in a mucky hole.”

“At the time I wondered was it a baby?” stated Meagher.

I asked the men if the discovery looked suspicious.

“Well, the noose around neck did,” he replied. “And the fact Kieran Kelly once lived here and that’s what put it in my head. Then when they finished the police said it was a donkey and I said: ‘It’s a small neck for a donkey.’

“If it was the skull of a donkey, it would have a snout,” observed O’Doherty.

“I’m certain it wasn’t a donkey,” replied Meagher, his gaze still fixed on the patch of ground at the entrance to his driveway.

“Did you get the Garda records?” O’Doherty turned and asked me.

I explained that an attempt to retrieve Garda records was the second phone call I’d made after leaving the Meagher home days earlier; that requests had been made with the regional Garda Stations in Portlaoise and Abbeyleix to get whatever details they might have on such a call-out in 1993.

The Gardaí had been made aware that two independent witnesses had confirmed the discovery of bones on a property once home to a convicted killer; a killer now at the centre of a revived murder investigation in Britain.

The Garda who took the call logged the details and asked for the specifics of the discovery to be sent via email.

“I made the opinion that it could be human and to get it analysed,” O’Doherty continued. “If they felt there was any chance it was human they surely would be back here and say what date the bones were from.”

“The Guards said it would be a good excuse to come to England and interview Kelly,” laughed Meagher. “And that whoever done it would be long dead.”

“With carbon dating now, they can put the exact date on how long it was there,” reasoned the doctor. “They found thousands of intact skulls in nearby Cullahill — the children’s graveyards.’

“I know where you’re talking about,” said Meagher. “They’d be still so well preserved, the bones could be a long time in a place and look no different.

“Nicky, are you able to say when the Kelly house was there from?” asked O’Doherty.

“I’d say the 1900s,” he replied. “This house might been there and built over another mud cabin and another. The number of houses that have disappeared have been many.”

The men stood quiet, looking at the pillar to the entrance of the home Nicky Meagher had built on the original Kelly plot, next door to the cottage where both he and the Kelly family once lived. Then, as if to progress the line of tension further, Nicky Meagher broke the silence and added yet another layer of intrigue to the story. It chimed with something mentioned by local men Mark Whelan and Mick Ryan.

Reflecting on the discovery of bones, he mused: “I don’t know, I just thought it strange that the family disappeared to Dublin all of a sudden and were never seen again.”

He paused, as if to allow that thought to settle. Then he recalled how, after the Kelly family had left the village, Kelly’s mother would return on what sounded like annual pilgrimages to visit her old home.

“I remember my sister Agnes saying that one of the Kellys used to bring the mother back every year to look at the house,” he said.

“A lot of families do that, come back and see relations,” reasoned O’Doherty.

“Yeah, but to keep coming back to look at the house, I thought was strange,” replied Meagher.

I listened to the men’s discussion and wondered about these strange return visits, how germane they appeared following the discovery of suspected human remains at the one-time home of a convicted double killer. A killer who’d confessed to additional murders.

It could have been animal. But why was there a wire noose around its neck?

Or was it just a remarkable coincidence? A freak happening with no link whatsoever to the Kelly family?

“The Gardaí should be able to clear it up pretty quickly with DNA testing,” I suggested optimistically.

“Of the bones?” said Nicky Meagher cynically. “Well, the Guards just took them away in 1993 and that was the last I heard of it.”

The Secret Serial Killer: The True Story of Kieran Kelly by Robert Mulhern is published by Pen&Sword and available to buy now in Barker and Jones, Naas, online and in all major book shops.

Q: Who is Kieran Kelly, the main subject of The Secret Serial Killer?

Robert Mulhern: Kieran Kelly was born in Rathdowney, County Laois in 1929. He emigrated to England in the 1960s, married and worked as a builder’s labourer settling in the south of the city. But in 1984, he was convicted on a murder and a manslaughter charge at The Old Bailey and sentenced to life in prison.

Q: How did this book come about?

RM: I’ve been working in England for nearly 12 years, reporting mainly on Irish stories for The Irish Post and RTÉ, and in 2015, a former police detective made claims that an Irish labourer had killed dozens of people in the UK and that the police and the Home Office had covered up his crimes.

I started investigating the story for an RTÉ Radio Documentary called The Anatomy of an Irish Serial Killer (which is still available online on The Doc On One), but there was so much more to tell that it made sense to do a book.

Q: What’s the most exceptional thing about this story?

RM: A prolific murderer from Ireland, who no one really knows, Kelly was convicted of two murders.

The book establishes that he was acquitted of another murder in London in 1977, and had two charges of attempted murder dropped in 1982. But then there’s all these other murder confessions backed up by evidence.

The book tracks down the original detective who led the prosecution against Kieran Kelly and also used sources at the very heart of Britain’s security services and recorded conversations between detectives and Kelly.

In these recordings Kelly admits to many more murders than two, but these confessions were never followed up by the Metropolitan Police.

Q: Why, and how many murders of the 31 claimed, did Kelly commit?

RM: You’ll have to read the book. 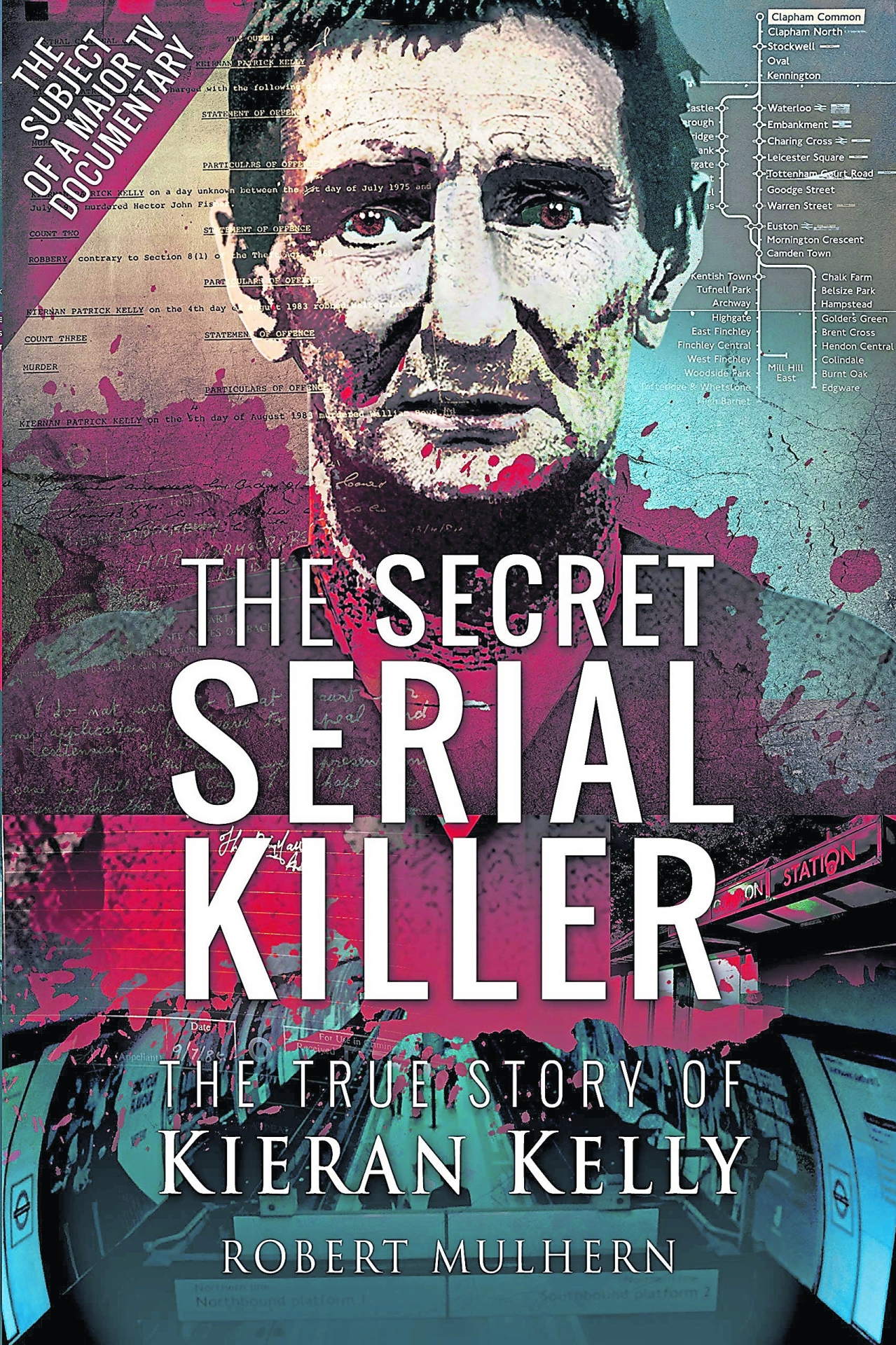