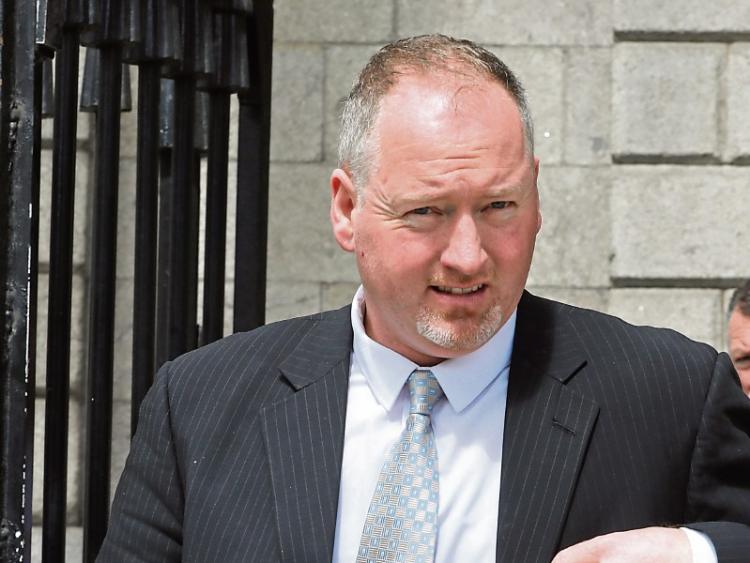 Patrick Lee, who previously lived in Newtown outside Kildare town, at his extradition hearing in Dublin in 2017 Picture: Collins Photos

A former Kildare resident serving time in a US prison for serious fraud offences has been given a release date of March 2021.

Dual Irish and US citizen Patrick Lee (46), who was living at an address in Newtown, Kildare town, in the past, was sentenced at a federal court in Boston in March on charges arising out of a multi-year mortgage fraud scheme in Boston.

Lee was sentenced to four years in prison, three years of supervised release, and ordered to pay restitution of $842,552 (€745,120) to victim lenders.

According to the court documents, the fraudster has not yet filed an appeal.

The Leader was informed by the US Attorney’s Office — District of Massachusetts this week that Lee’s release date is March 20, 2021

A year previously, he was extradited from Ireland in 2017 to face the charges, marking the first extradition from Ireland to the United States since 2012.

According to court documents, between July 2005 and May 2007, Lee engaged with others in a mortgage fraud scheme.

Lee or an associate bought five multi-family buildings, financed those purchases with fraudulently obtained mortgage loans, and then quickly converted the buildings to condominiums which facilitated the resale of individual units in the buildings to fake buyers.