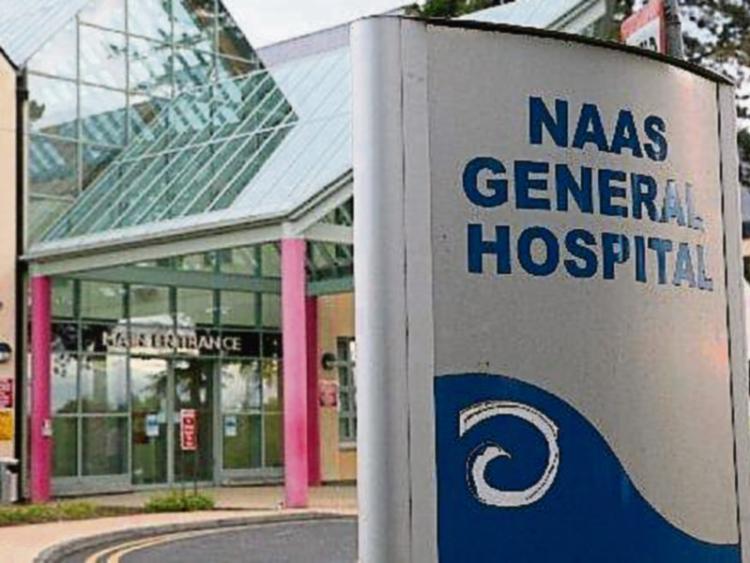 Naas General Hospital was one of the worst overcrowded public hospitals in Ireland last month.

And concerns have been raised about delays experienced by elderly people at the hospital’s emergency department.

A total of 479 patients were admitted through the accident and emergency department without a bed being available during May. It meant that Naas was the fourth worst overcrowded hospital last month behind University Hospital Limerick (1,102 patients), Cork University Hospital (824) and South Tipperary General Hospital (661).

“We are entering the milder summer months, when predictable seasonal illnesses are lower yet the level of overcrowding is worsening. Overcrowding in May 2019 is now at the same level as January 5 years ago. Clearly this is a capacity deficit and requires immediate investment in additional hospital beds.

“Considering the evidence of this continued increasing activity in our public health service, it is simply unacceptable that the HSE and Department of Health have introduced a recruitment pause. We know that this will simply lead to a chronic understaffing and overcrowding problem without any regard to person-centred solutions,” said Ms Ni Sheaghdha.

“Investment in beds and safe staffing is key to resolving this ongoing crisis,” she added.

The 479 figure for Naas was some 150 more than the corresponding number for May 2018, said the INMO. The INMO has been compiling overcrowding figures for 14 years and last month’s figure was the highest since this started. The lowest figure was for May 2008 when a relatively small 75 patients were without a bed.

Just over 9,000 patients had to wait for a bed in Irish hospitals during May.

Also, more than 250 elderly people experienced a waiting time of more than 24 hours in the accident and emergency department at Naas Hospital during the first three months of this year.

Fianna Fáil TD for Kildare North, Frank O’Rourke said the HSE is failing to meet its own target that all people aged 75 years and over attending emergency departments would be discharged or admitted within 24 hours.

Deputy O’Rourke was commenting on new information received by Fianna Fáil which showed that 254 over 75’s waited longer than 24-hours in the emergency department between January 1 and March 31, 2019.

He said: “The issues with Naas emergency department have been long documented but I believe it is particularly shameful that some of our most vulnerable people are treated in this manner. Sitting for hours in an ED is wearying, even for a person in the full of their health.”