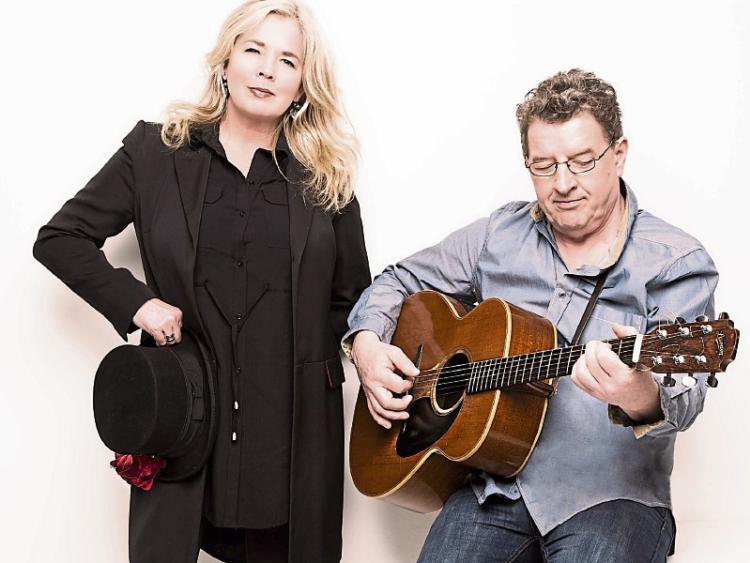 Leslie Dowdall and Mike Hanrahan are back writing new songs for a series of gigs in 2019. A visit to the recording studio is planned for the early summer. The gigs will feature Leslie on Vocals Keyboard and acoustic guitar with Mike on guitars and vocal. The show includes new songs and some interesting interpretations of works from artists as diverse as Nick Cave, Antony and the Johnson and Jefferson Starship along with a few hits from In Tua Nua and Stockton's Wing. They play in the beautiful surroundings of the Nuns Chapel in McAuley Place, Naas on May 17. Tickets are €15 and are available from Jam Music & McAuley Place, Naas and online from www.ticketstop.ie. Call 045 883599 for ticket information.

Leslie is one of Ireland's leading female vocalists and singer songwriters, first came to prominence with In Tua Nua, a 7-piece outfit fusing Celtic Tradition with Rock. With Leslie as lead vocalist, In Tua Nua recorded 4 Albums, and over a seven-year period they played and toured with bands like, U2, Simple Minds, Bob Dylan, and The Pretenders. Leslie also enjoyed some success as a solo artist in her own right and recorded two Albums, "No Guilt No Guile" and "Out There". She was voted Best Female Artist at the Heineken Hot-press Awards in 1997. She has recorded and performed with Paul Brady and collaborated with Ronan Hardiman on many recording projects.

Mike is a songwriter and guitarist Mike Hanrahan began his professional career with Maura O’Connell in a duo called Tumbleweed touring the Irish Folk Circuit and appearing at the first Lisdoonvarna Music Festival in Clare. He joined Stockton's Wing in April 1980 and toured extensively throughout the world.