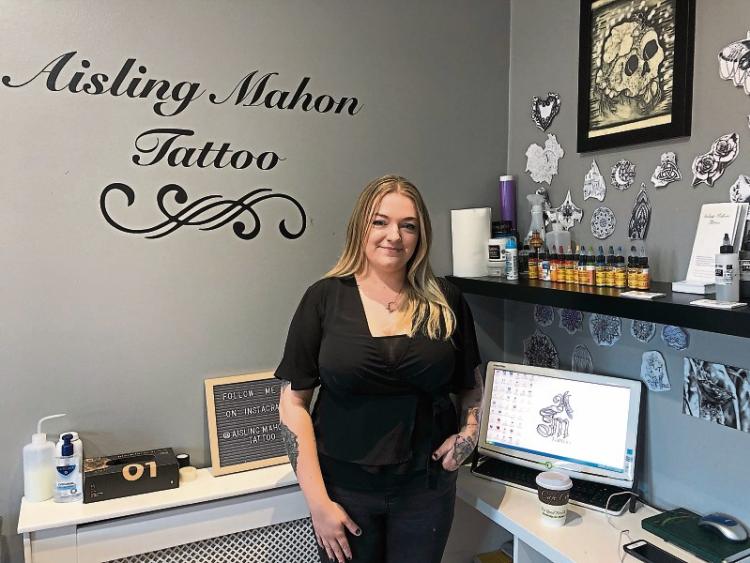 Tattoo artist Aisling Mahon in her studio in Newbridge

She is only one of two trained tattoo artists in Ireland that provide the service. Based on Main Street, Newbridge, Aisling runs her own business called Zen Ink.

“I’ve always been specialising in scar therapy, so I ran a year long project of doing free tattoos for self-harm cover ups, so that kind of naturally developed, I fell in love with giving people new confidence,” Aisling told the Leader.

“And then a woman came into me with a mastectomy scar, and I had never done anything like this before and I wanted to know more, so I researched the proper way to go about it. I found Stacie-Rae in Canada.”

Stacie-Rae is an award-winning tattoo artist, who specialises in breast cancer tattoo work. Aisling applied to be apart of a team of tattoo artists, the ART — Areola Reconstructive Tattoos team.

“To be a member you have to be of a certain skill standard, and you’ve to apply and she can assess your work and see if you’re good enough to be on her team, because it’s actually a global team so I got accepted there, and I went last year to Canada and I trained and I just fell in love with it,” Aisling added.

Aisling has been inking people for six years, and said covering self-harm scars was very tough.

“Never mind as a job it’s tough because working with the skin it’s extra sensitive, it’s so delicate, you have to have a light hand and be aware of what you’re doing, but emotionally, that person is coming in and they’re opening everything up to you. It’s not a therapy session as in verbally, but it’s physical, they come in and you know they feel vulnerable, it’s scary and emotional for me, then seeing their excitement when they actually look at themselves, and show off something proud is amazing.”

This then led Aisling into her training for mastectomy scar and areola restorative tattoos. Her first client was a woman in her 60s. 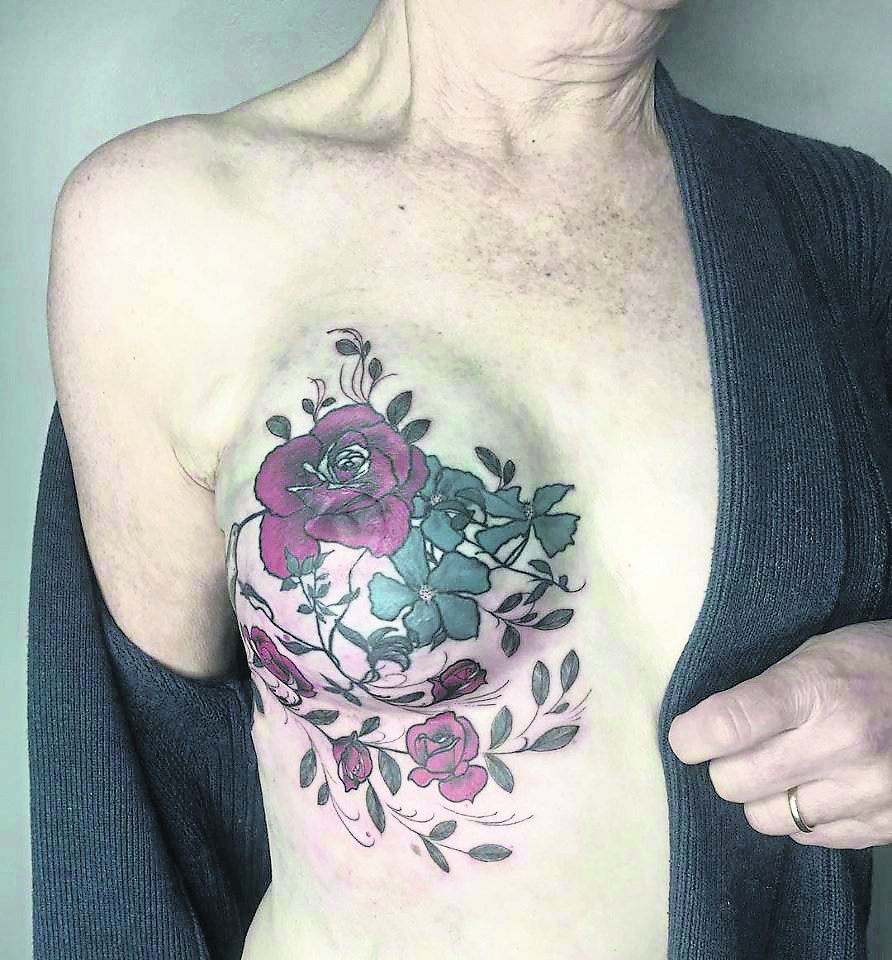 A mastectomy tattoo by Aisling

“I fell in love with it instantly, seeing her reaction in the mirror, she was a different woman. This lady was in her 60s and it was her first tattoo, and her and her husband heavily designed the tattoo which I thought was amazing. They had purpose behind every little detail.”

Aisling says this tattoo process is life-changing for people, and it’s a pleasure for her to be able to do it.

“It’s like your heart is exploding, you feel like you’ve a purpose. It’s hard doing that when you’re just doing every day tattoos, and now that I’ve found this I feel like I’m doing something great for the community and giving women back their femininity.

“People think it’s just nipples but nipples are a representation of how women nurture, and then when that is taken away it can feel really desexualising, and just numbing.

“Giving them that confidence back, and looking in the mirror and feeling sexy again and reclaiming their body, it does give me purpose.

“I feel like I put my heart into it, and in our team its the ART team, the Areola Restorative Tattoo team, but it’s about putting the heart back in art.

“We’re heartists, we give all our love and our heart to that client in that moment to give them the best experience and to just reclaim their life back.”

Aisling creates a 3D effect to replicate the colour and suggest the texture of a nipple. “I’ts basic tattoo methods but it’s going over radiated skin so there’s just different aspects that I had to train with my hand and judging the scar tissue.”

For years Aisling says women would have to go to the UK or elsewhere to get this type of tattoo, so she is glad to be able to certified in Ireland now. “It’s been constant since I came home, it’s incredible. The amount of people that are reaching out saying that they have been waiting years and now there’s somebody that specialises in it which is nice.”