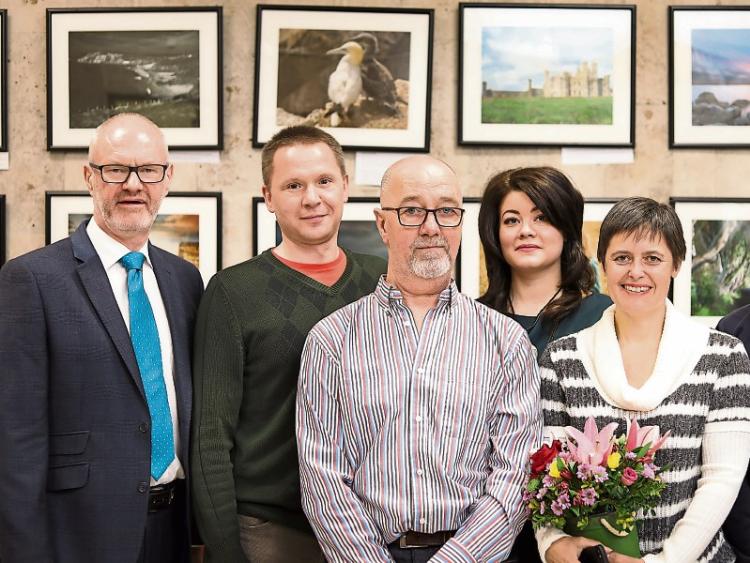 More than 15,000 Muscovites celebrated Irish Week in Sokolniki Park in Moscow on March 24.

Among the attendance at the exhibition in the Russian Children’s Library were Arthur Hendrick (consul in Irish Embassy in Moscow) , Ilya Gavrishinthe (Deputy Head of the library for automated library systems and stocks), Olga Perekhodtseva( International programs coordinator).

Celbridge was represented by Tatiana and CCC members, Joe Geraty and Terry Carr.

The Russian State Children's Library is the world's largest library for children. Established in 1969,  it is a building with a total area of 10.000 sq.m.

Speaking of the event, Terry said that emerald green hats and scarves were in abundance in temperatures that hovered around zero degrees. “But the sun shone all day in a clear blue sky.”

As part of the week's festivities a number of Celbridge members took part in a cultural exchange event hosted by the biggest children’s library in Moscow and organised by their colleague and fellow club member, Tatiana.

Joe Geraty and Terry travelled with Tatiana for a five day visit.

To give a flavour of Ireland Joe gave a slide presentation of some of his photos to a thoroughly engaged audience of parents and children at the library.

“We had just enough time to get a flavour of this vast city. Since our hotel was very close to the very centre of the city visits to the main sites of Red Square and Moscow’s beautiful main cathedral of Christ the Saviour were easy, although the metro is extensive and makes the entire city available with ease, said Terry.

“Muscovites are friendly and there are enough people with some English should you need a little help.”

They also visited the war museum which honours the Russian dead of WW 11 and all the Russian people who suffered greatly for their own freedom and that of all of Europe.

“This great sacrifice is deeply etched in the Russian psyche,” said Terry.

A statue of General Zhukov stands at the entrance to Red Square.

“An invitation from the Moscow camera club to attend one of their regular meetings was deeply appreciated and a valued memory to bring home with us. We will return.”