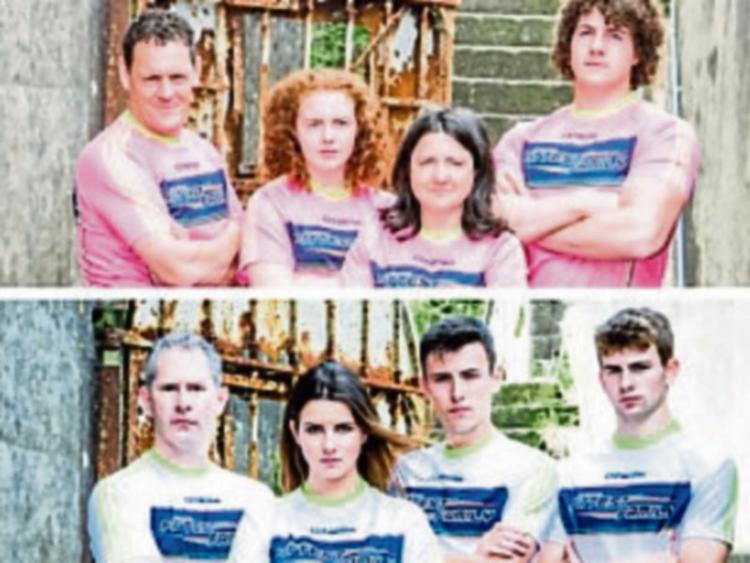 Two Kildare families are to compete in the upcoming series of Ireland’s Fittest Family on RTÉ.

The Ryans from Nurney and the Smyths from Donadea are among 12 mega-fit families who will compete for the coveted title and €15,000 prizemoney.

Paul Ryan (50), his wife Cathy (48), son Patrick (18) and daughter Aoife (16) from Nurney will be up against five other families in the gruelling tunnel challenge in episode one of series five. Among their competitors are fellow Kildare natives Jimmy Smyth (50), his daughter Katie (22) and his two sons Jamie (19) and Ciaran (17) from Derryvarrogue, Donadea.

Discussing his upcoming role on the show Donncha O’Callaghan said: “After watching it at home for years I’m dying to get stuck into Ireland’s Fittest Family… I’m not a coach but I’ve been a member of a family for 38 years so I’ve plenty of experience! And I’m looking forward to playing a few mind games with Davy Fitz!" 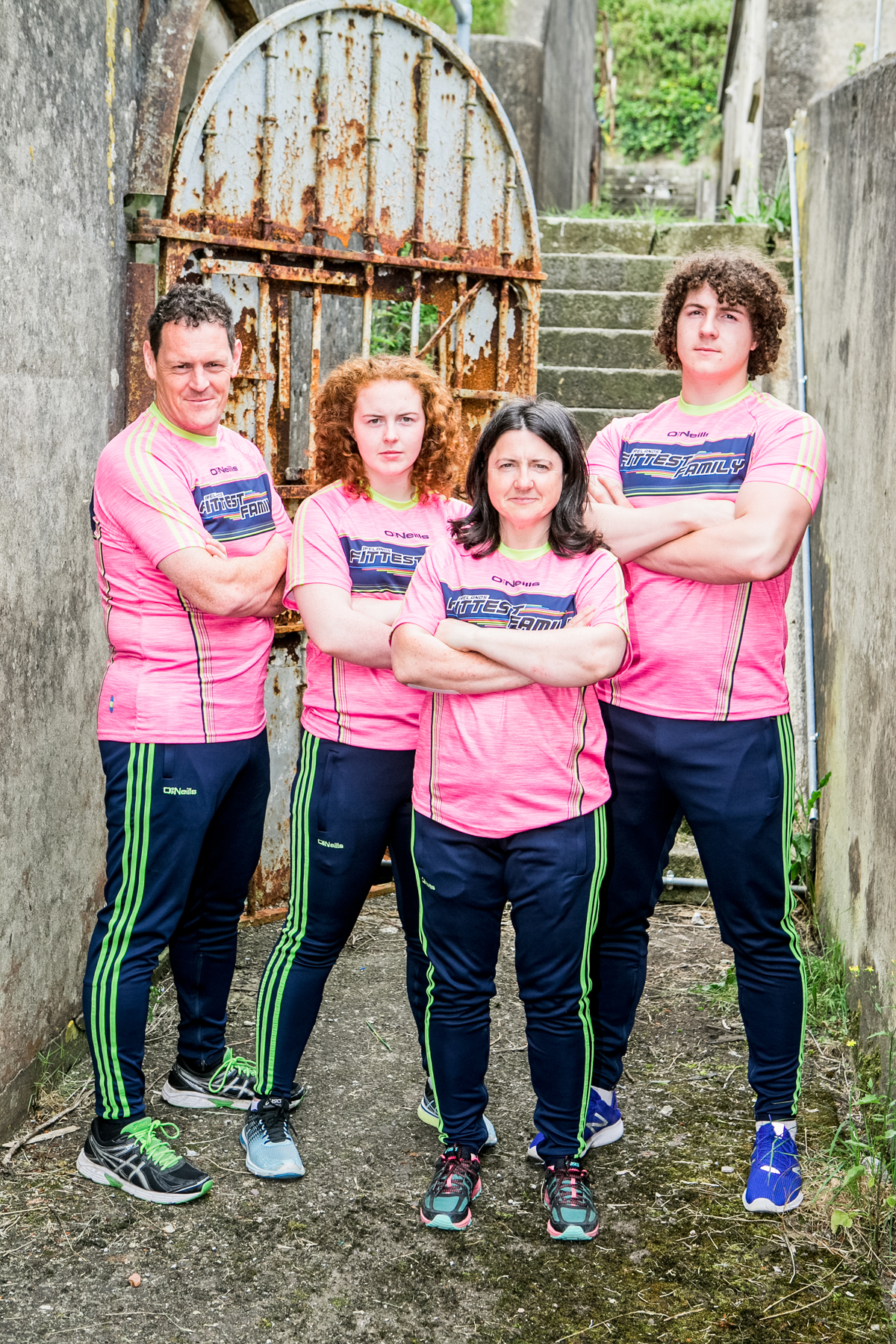 Meet the Ryan family from Nurney:

Originally from Cork, Paul Ryan (50) is a former-Irish judo champion and won UCC Sports Star of the Year when he was younger. These days he’s an inter-county camogie referee. He’s Head of Purchasing at Uniphar – a pharmaceutical company.

Originally from Waterford, Cathy (48)  played camogie since the age of 12. She has coached the local camogie team, Nurney, for the past ten years and is also involved with Kildare U16. Cathy is an account manager for QuintilesIMS – a company which provide IT solutions for healthcare companies.

Patrick (18) has played football, hurling and soccer in the past but he put them all to the side to focus on rugby. He’s currently involved in representative rugby with Leinster U19s. He has also taken part in two Irish U18 camps and has won an Interprovincial title at U18 level with Leinster. He just completed his Leaving Cert and is going to Northampton Saints for a year contract.

Aoife (16) currently represents Kildare U16s in camogie and has played since she was 6. She has also played rugby until about two years ago where she chose to focus on camogie. She also plays hockey for her school Newbridge College where she is in fifth year. 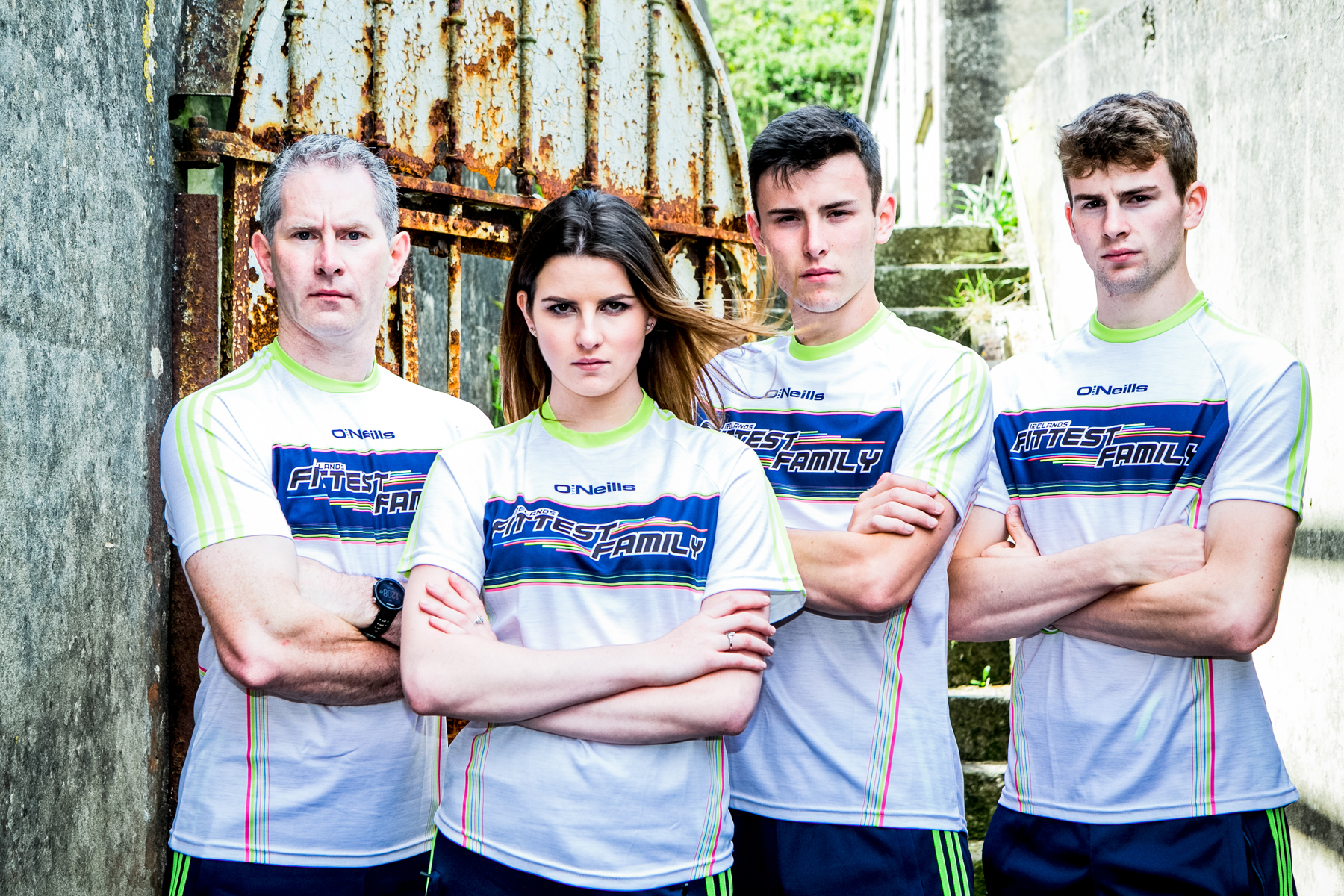 Meet the Smyth family from Donadea:

Jimmy Smyth (50) works as an engineer. Jimmy is a member of his local choir and took up running three years ago, through the choir. He recently completed the Dublin City Marathon in 3hrs 50mins. He and his family are total animal lovers; they have several pigs, chickens, horses, cats and dogs.

Katie (22) is currently working as an assistant for Irish Autism Action, while studying for her Masters in Applied Behavioural Studies in Trinity. Horse riding is Katie's passion and she stays active by going to the gym.

Jamie (19) lives for Gaelic football. He plays on the U21 and senior teams for his local club, St. Kevin's and he is on the Kildare County U21 panel. He is a student in Maynooth University where he is studying business and management. In college he plays ultimate Frisbee.

Ciaran (17) is football mad. He plays minor and U21 for St. Kevin's and this year he was on the Kildare U17 county team. He is starting into sixth year and is regarded by the whole family as their fittest team member.