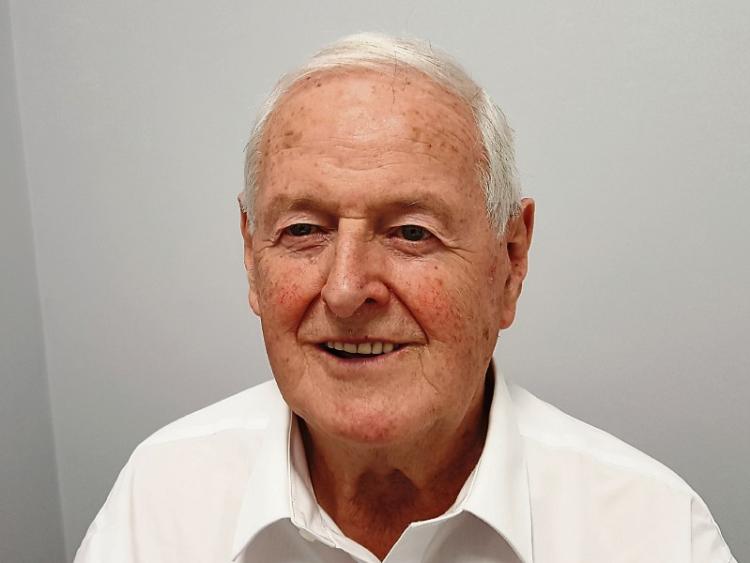 HE shares a birthday with another famous man with a bit of history in Clane.

The writer, James Joyce, who had a brief stay at a well known school in the area, has passed on but is not forgotten, but pharmacist, Des Marron remains ever present.

Today Friday (August 4), the Marron family pharmacy is celebrating the 60th anniversary of the founding of Marron’s pharmacy in Clane.

Des, born February 2 1934 in Lisdoonvarna, and his late father, Peter Anthony, then the Garda Sergeant in Clane, from Shercock in Co Cavan, opened the pharmacy in July 1957.

At this at point, Des was still learning pharmacy. He had done a four year apprenticeship and then went to study at the College of Pharmacy. “It was hard to get an apprenticeship at the time,” he noted.

It was two years before Des was qualified to take over and in the meantime they had to get other qualified pharmacists to do the work. “One only stuck it for four days because Clane was then a ghost town. You could either play GAA or drink, otherwise you were a lost soul,” he told the Leader poetically.

Des worked the pharmacy on his own for 10 years, with some help from his daughter. Now the pharmacy employs 13 people and, in contrast to its early years, cosmetic sales are almost as prominent as medicines.

But the 83-year-old, who has seven children - Fiona, Maura, Edel, Cecily, John, Victor and Kevin, 23 grandchildren and four great-grandchildren, still works seven days a week. “I love it it,” he said, adding that a two-hour lunch break is normal.

A widower - his wife Kathleen died six years ago - he likes meeting people.

It is a family business. His first grandson, Jonathan Morrissey, is the chief pharmacist and his daughters, Edel and Maura, jointly manage the business.

There are now four pharmacies in Clane, including Marron’s. Des said that when he started, half his business for veterinary products. That has dwindled now due to competition and regulation but he is the only pharmacy to do such products.

The pharmacy business has changed “beyond recognition” since 1957. When he started out, Des would have mixed up and made such things as stomach bottles and ointments “to recognised formulates”, but now all products are manufactured.

Des has been “Lord Mayor” of Clane since 1996. It is an honorary position.

A long time in the job? “I’m waiting to be challenged,” he said.

Des told us that there was a time when he could leave the pharmacy for two hours without locking it and cycle home for lunch. Nothing would be touched. That was in the 1970s.

A founder member of the Clane Musical Society in 1983, he has been in the Clane church choir since he was 14. In 2008 he received the Benemerenti medal from the Pope, for services rendered to the church.

He has also sung with the Nas na Riogh and Millicent Singers.

Not surprisingly then, the large Marron clan sing on Christmas day, an occasion aided by the fact that all of his children live relatively locally in the Clane and Donadea areas. “There is 40 people in the house that day and they are all family. We have carol singing and craic.”

To celebrate their history, Marron’s is holding special sales, offering hamper prizes and offering medicine buyers an opportunity to enter a free draw for a year’s free supply of medicines as a prize.