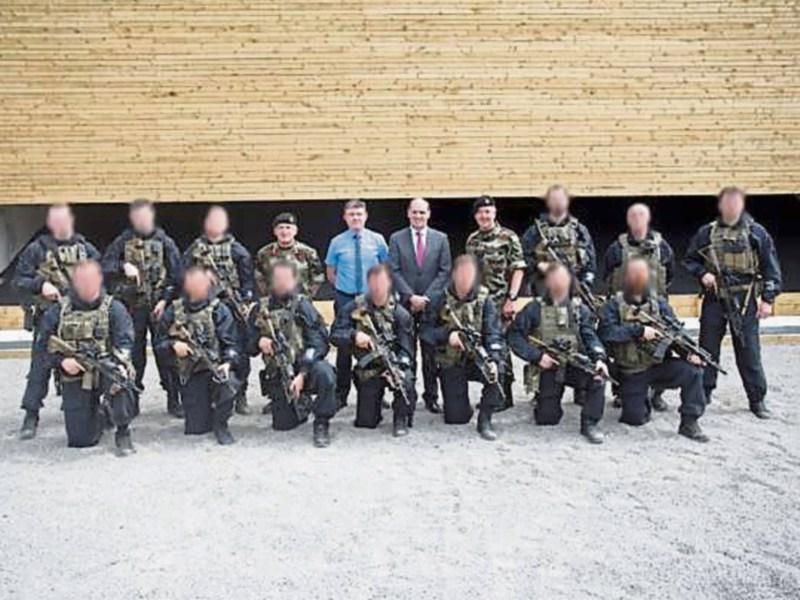 The Irish Defence Forces released a very unusual photo to mark the visit of Minister Paul Kehoe, who has responsibility for Defence, to the Curragh Camp today.

Normally, such visits are marked with group photos of dignitaries and those involved grinning proudly at the camera.

But the group pic of the Minister’s visit to the Army Ranger Wing features 13 men with their faces blurred out – to protect their identities.

The ARW is the Irish Special Operations Unit – a group based at the Curragh in Kildare, who are on call 24/7 to deal with dangerous incidents in any part of the country. They also would be called in to deal with the case of a terrorist attack or hostage situation.

The soldiers who form part of the unit undergo intensive and specialised training for their jobs – and their identities are customarily kept private in photos for security reasons.

WATCH: Check out what it takes to be a member of the Army Ranger Wing based in the Curragh

On his arrival at the Curragh Camp today, the Minister was greeted by the Chief of Staff, Vice Admiral Mark Mellett and the Deputy Chief of Staff (Operations), Major General Kieran Brennan.

The Minister received a briefing from the Officer in Charge of the ARW on the roles, capabilities and operational effectiveness of the Unit. He also viewed ARW operatives preparing for a mission, to examine the wide range of equipment available to execute such a mission, and to witness a demonstration of the particular skills of the Unit in responding to a simulated domestic terrorism incident and a hostage rescue incident.

The Minister then met with individual members of the Unit who spoke to him of their first hand experience of serving in a dynamic rapid response role. 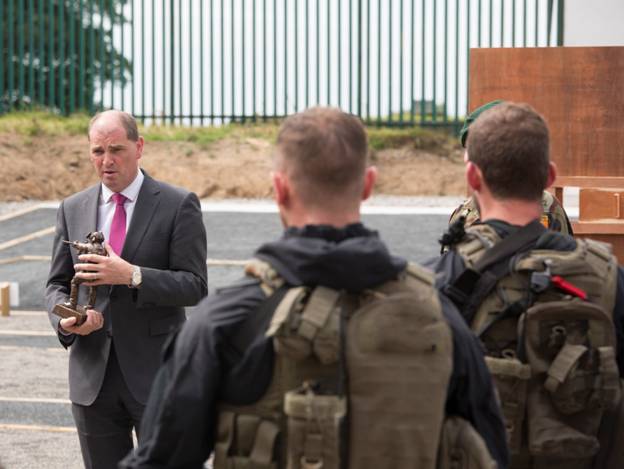 Minister Kehoe pictured with Army Rangers at the Curragh today

The Minister said he was committed to increasing the strength of the Unit.

“I am satisfied that on-going coordination and liaison meetings take place between the Defence Forces and An Garda Síochána to ensure that the security of the State is given top priority.  In recognising the dynamic nature of the security environment, initiatives to enhance and support interoperability include the development of agreed protocols, joint seminars on response to a terrorist attack and exercises on crisis management. 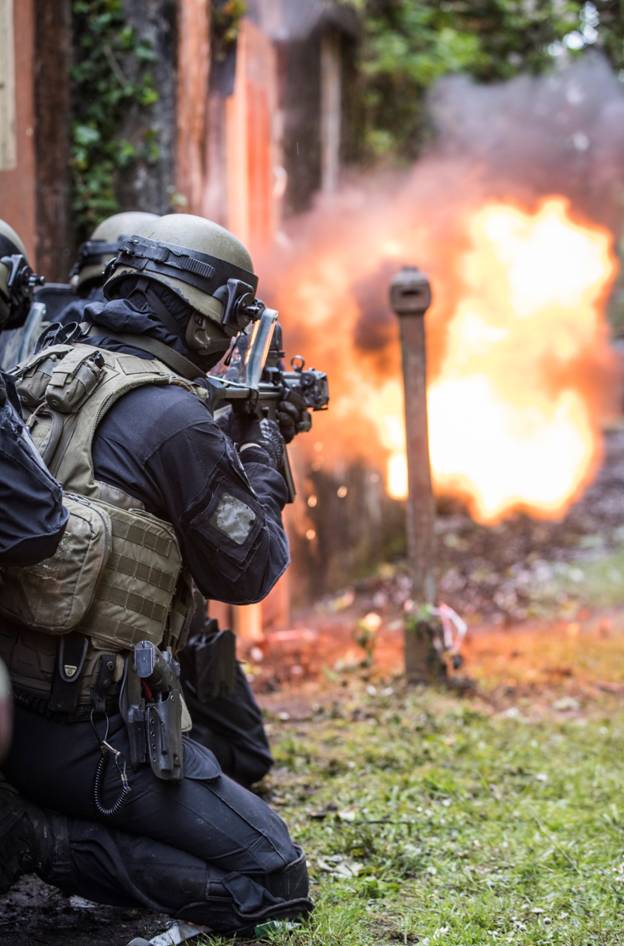 File photo of Army Ranger on a training exercise