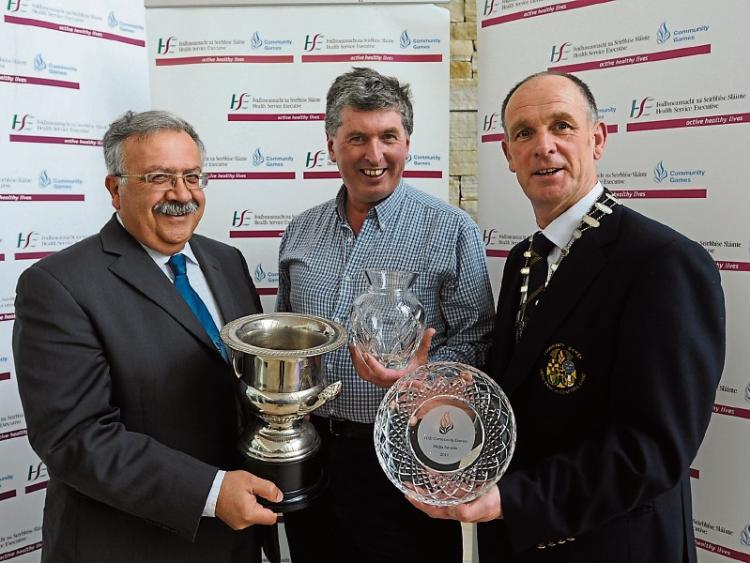 The first time I saw Adrian Melia, it was 1995 and he was hanging out of a chimney on top of the clubhouse in Old Kilcullen rugby club.

But even if I’m wrong, that’s exactly where I’d expect to find Adrian, precariously balanced while trying to get the best shot of whatever sporting event he was covering.

Adrian Melia has been on my mind the last week after learning he’s battling cancer and trying to raise funds to get specialist treatment abroad.

And the first time I met him properly he was coming home from abroad.

But he’d found his way back through Dublin Airport and to ringside in the National Stadium on the South Circular Road.

A heap of Kildare boxers were fighting in the Irish senior finals that Friday night, and he fixed the lens of his camera under the bottom rope and snapped furiously, one bout into the next.

During a break in the action, he walked across clutching a brown paper bag.

I remember St Michael’s Athy coach, Dom O’Rourke, coming across a few minutes later to ask Adrian to line up a shot of one of his fighters and his hand ended up in the bag too.

After a joke, they got round to the business of discussing what picture was needed.

That accolade belongs to a stunning action shot of Eric Donovan and David Oliver Joyce trading blows in the final of the featherweight division.

The picture remains a masterpiece.

I was lucky enough to get the gig of writing the report for that fight for another local title, and when the paper came out the following Wednesday, Adrian phoned up to tell me I’d done okay.

I was just starting out so I was grateful, and surprised.

That Oman-sweet-exchange aside, I didn’t know Adrian.

And I still don’t know him really, but part of his gift as a photographer is how his
personality lends itself to making people feeling like they do.

I always found his style to be incredibly disarming... oh, and during those years he was a brilliant source of stories.

Especially the ones we could never publish.

Through his camera lens, Adrian Melia has captured the best of Kildare’s sporting moments over the last three or more decades.

I’ve a personal favourite in that Eric Donovan action shot but that’s just one example from a vast archive of local life.

And the more I think about it, the more I reckon there’s been no better witness to the wide array of Kildare sporting moments in every corner of every field and hall in the county.

Maybe that’s up for debate, but I know the local hacks always welcomed his humour on cold, wet winter Sundays in Roseberry, Forenaughts, St Conleth’s, St Michael’s, St Kevin’s and on and on it goes.

He’s done this county a bit of service and ordinarily that service would be recognized in different circumstances.

But on Thursday, June 29, a benefit night will take place in Killashee House Hotel which will hopefully assist Adrian in getting the cancer treatment he needs.

Johnny Murtagh, Johnny Doyle, Willie McCreery and Eric Donovan are just some of the sports personalities who have given their backing to the night.

And their support wasn’t hard won.

Adrian Melia has photographed them all many times over, probably like a lot of people reading this article.

Because if you’ve an old picture of a personal sporting moment somewhere, then chances are Adrian Melia’s name is the credit underneath it.

If you’re free at all that night, it would be worth going along and giving him a moment back.