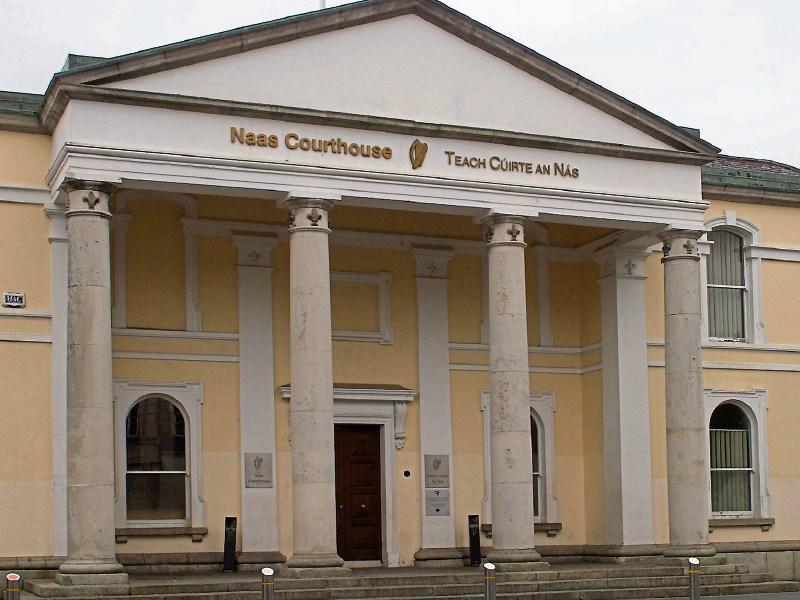 Questions were raised about a water problem on a section of the N7 road near Naas today, Wednesday, March 22, during a District Court case concerning an incident in which two Gardai were injured.

Gardai Brendan McNamara and Terence Donnelly both told the Court they were driving in the Dublin direction in the left lane when they were struck by Mr Lyon’s car around 4.30 pm.

They said the weather conditions were atrocious with torrential type rain and they had slowed down to 80kph in the 100 kph zone. Their car was pushed into the barrier, and, they said, and hit twice. Both suffered injuries.

Garda McNamara said he had noticed the car, a black Audi, driven by Mr Lyons, coming at them from an angle, with its back swinging in a fishtail manner.

Mr Lyons and his wife said they were not travelling fast but they hit water, at Blackhill, Kill.

Both the Garda car and Lyons car were in good condition.

The State contended that Mr Lyon’s speed contributed to the accident and he was charged with dangerous driving.

Mr Lyons, a truck driver by profession, said his car went into a spin and ended up facing back towards Cork.

He argued water came across the road at that stage and that there was a sign warning people coming from the opposite direction about potential excess water, but not on their side of the road.

He said they were travelling at 80kph and denied he was driving dangerously.

He and his wife were taking a short break in Dublin, the Court was told.

Mr Lyons said he had spoke to a Garda who told him there was an aquaplaning issue.

Mr Lyons also said he was not in position to pay for an engineer's report which would cost him €1,850 plus VAT.

Garda Inspector Oliver Henry put it to him that it was a bit late to talk about such a report today during the case.

Inspector Henry said there were a number of places on the N7 where such a problem could take place and that the water should not have caught anyone by surprise. Speed had to be adjusted in certain conditions, said the Inspector.

Conal Boyce, solicitor, representing Mr Lyons, said that if  this was a civil case he he would be bringing Kildare County Council into the picture.

He said Mr Lyon’s insurance company had accepted liability for Mr Lyons and indicated it was not pursuing anything with the road authorities.

Mr Boyce also said that there was no question of any fault with the Garda’s driving.

Inspector Henry said no engineer’s report had been provided to the Court.

Judge Desmond Zaidan did not convict Mr Lyons of dangerous driving but he reduced the charge to careless driving. Mr Lyons had no previous convictions.

He said the Lyons came across as decent people, but visibility was almost nil on the road at the time of the incident.