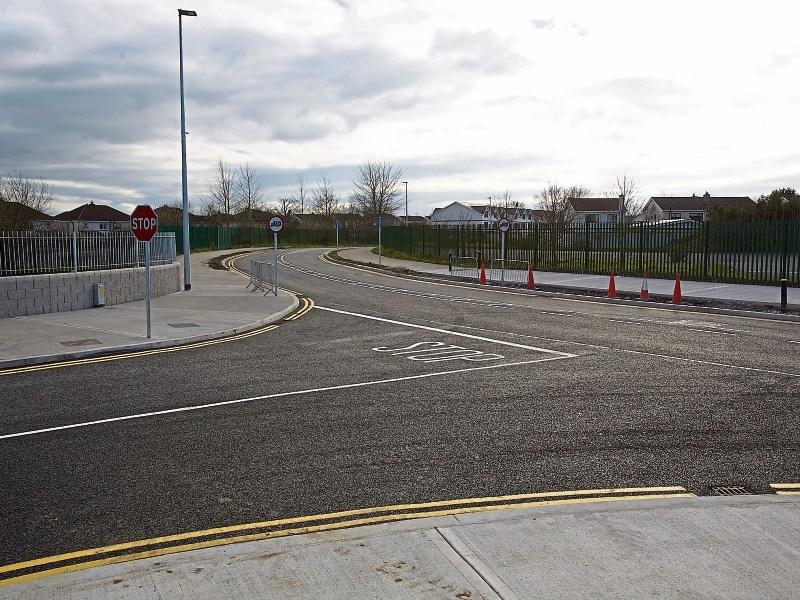 The new road linking Curragh Grange and the Industrial estate

The concrete structures needed to block up the controversial Moore Avenue are due to be put in place by Easter.

Council officials told yesterday's Kildare Newbridge Municipal District the work was on schedule to be completed in time.

Cllr Suzanne Doyle (FF) had asked officials for a deadline for the project and welcomed their response.

Council official, Evelyn Wright said the link road between Curragh Grange and the Newbridge Industrial Estate had been opened, and the precast structures needed for the walkway closure had been designed and ordered.

She said they were expected to arrive in early April and it would take just one day to install. She said there should be no delay.

The residents of Moore Avenue, who have attended every monthly MD meeting for ten years, gave the thumbs up from the public gallery.

They have said they have been plagued with crime and anti-social behaviour perpetrated by some of the people using the walkway.

The new link road now provides an alternative route to the town centre.

Cllr Mark Stafford (FG) asked what would happen to the walkway when both ends were closed off. He questioned if it would become a dumping ground.

Ms Wright said the area beside the walkway was the subject of a current planning application and the former walkway land would be made secure.