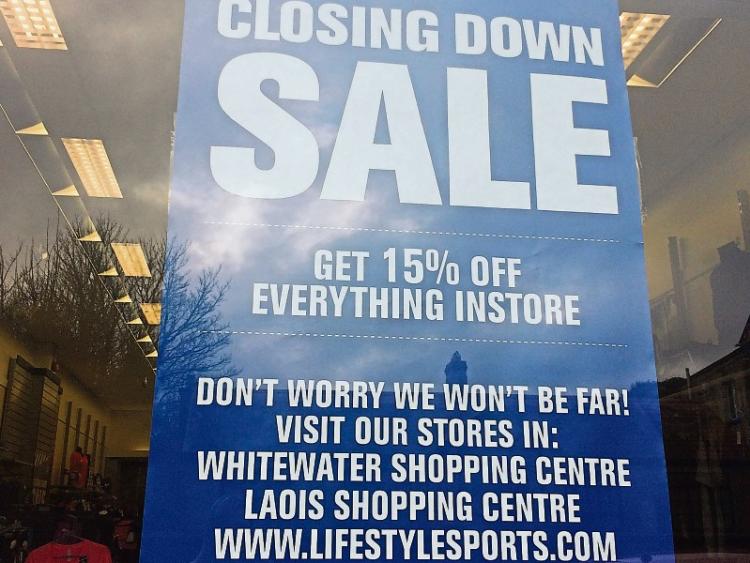 The company has confirmed that staff working there have been offered jobs in other Life Style Sports stores.

A statement also said that it is closing because the lease agreement came to an end.

“Life Style sports has opened two new stores in 2016 and has invested significantly over the last two years in new stores and upgrading existing stores. New stores have been opened recently in Grafton Street, Belfast at Arnott’s and a new 18,000 square foot store in Cork city will open in April, along with a new store in Blanchardstown Shopping Centre in May, covering 4,900 square feet.”

The company also said significant investment has been made in store relocations and refurbishments in the Whitewater Shopping Centre in Newbridge and well as four other locations.

The company employs 800 people in 57 stores.