Funeral of Millie McEvoy, who passed away after Kildare house fire, takes place in Naas

A Celebration of her Life 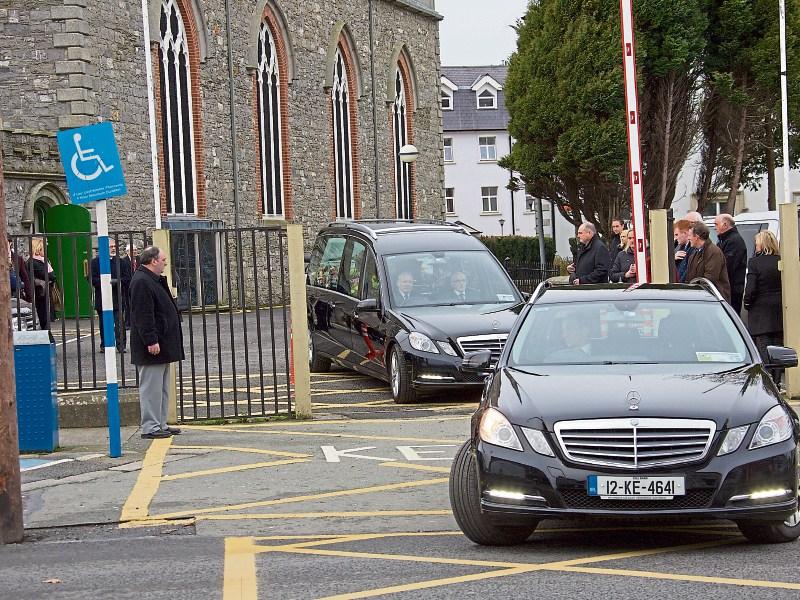 The life of Millie McEvoy was celebrated at her funeral mass at the Church of Our Lady and St. David, Naas today.

Mrs. McEvoy, wife of auctioneer Colm McEvoy, died at Naas Hospital on Tuesday after a fire at the family home in Osberstown.

Parish Priest of Kilcock and Newtown Fr. John Brickley, who was the Naas PP up to last April, was the principal celebrant at the mass and he recalled a woman who will be remembered for her love, friendship, camaraderie, commitment and her charity.

Mrs. McEvoy had 23 grandchildren and they were at the centre of her life. “She was a support to them in their times of disappointment and delighted in sharing and enjoying  their achievements.”

Millie Herterich’s family had a pork butcher’s business at South Main Street Naas.  Fr. Brickley recalled she met  her husband more than half a century ago – when Lawlor’s Ballroom (at Millbrook, Naas) was the pre-eminent social venue at a time when serene orchestral music was giving way to rock and roll.

She worked in London for a time, returning home when her own mother took ill.

She loved to go to the races with Colm, he recalled.

The large congregation heard that  Mrs McEvoy was a woman of strong faith. “She had a deep devotion to the Sacred Heart. She nurtured her children, gently passing on her faith.”

Her daughter Anne Marie thanked everyone who turned up for the requiem mass and all of the medical staff who attended to her mother.