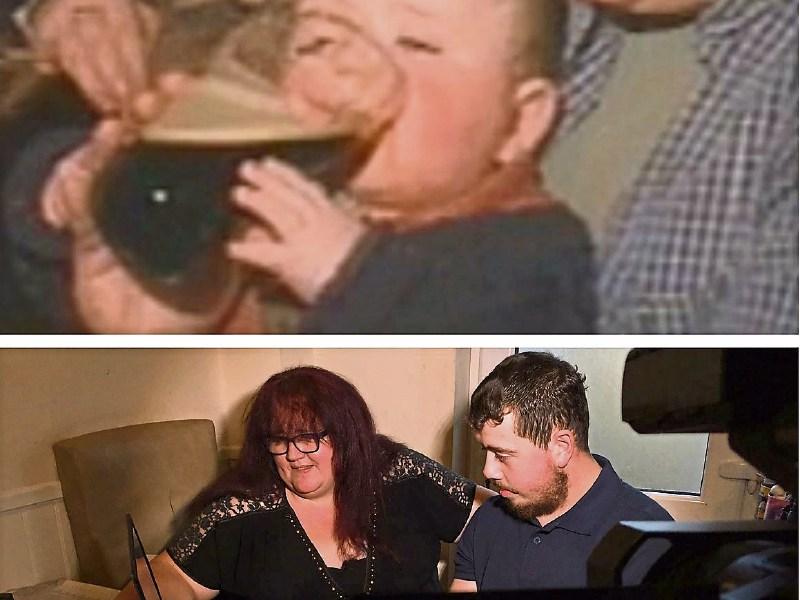 Picture of Stephen 20 years ago, and now. Pic courtesy of Cian McCormack and Twitter.

It’s been revealed that the star of video of a baby drinking a pint which went viral over the past few days is a Prosperous man.

It’s 20 years ago since RTE’s Nationwide featured a baby in his mother’s arms in Daly's Pub, Ennistymon, Co Clare, taking a sip of a pint.

Now RTE is set to reveal that the baby, Stephen Barron, is living in Prosperous, and none the worse wear for having sipped on Guinness as a child, or been the subject of a social media viral sensation over the past few days.

It’s expected he will appear on the Six-One news this evening, speaking to reporter Cian McCormack.