COMMENT: Nama is at the heart of Naas's problems 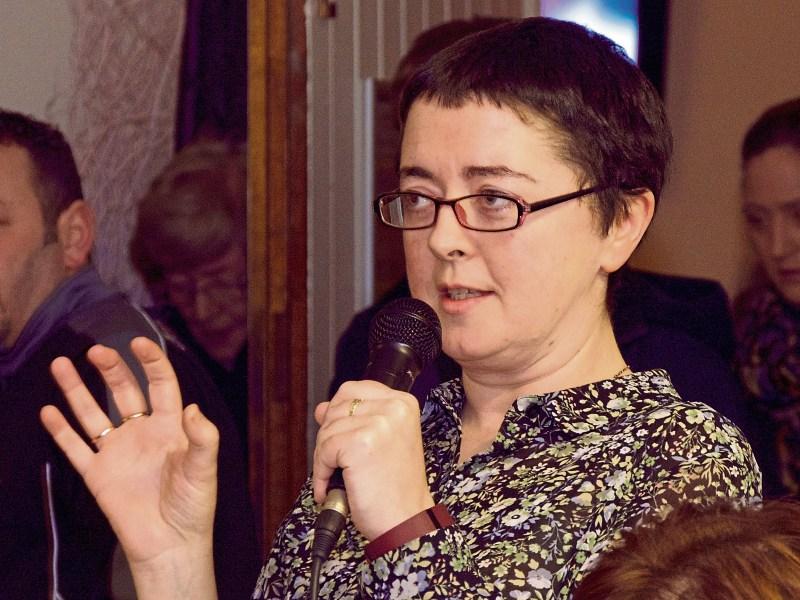 They are the National Asset Management Agency and Kildare County Council. You could add the politicians (the Naas Municipal District councillors and the TDs) - but in this instance there’s a weight of substance behind the view that they genuinely don’t know what’s going on. They need to find out.

The spat between the pro-cycling fraternity and the residents of Naas is a very helpful distraction to what’s actually been happening to the town centre.

It’s a depressingly familiar scenario and it’s being played out in Naas these past few days.

Last week the issue quickly distilled into a verbal joust between the cyclists and the long-standing town residents.

It was at times
entertaining and at times frustrating.

And much of it missed the point.

Our social media platforms — the natural habitat of much ill-informed comment — are free, easy to use, accessible 24 hours a day and have no interest in verification. It’s pub chatter dressed up as informed debate.

The future of Naas as a
retail and business town has little to do with the cyclists or cycle lanes.

It has little to do with Swan’s on the Green or Goulding’s Hardware whose owners are rightly concerned about what might happen to their businesses if the cycle lanes go in.

Developed by Marshalsea, most of whose principals are locals and most live within a few miles of the biggest derelict building you’ll see anywhere around.

The future of Naas lies within its empty grey walls. Naas’s future is about what happens here - not about the width of the footpaths or whether cyclists have a free run (to mix metaphors) up the Dublin Road.

The NSC sits on a car park which would have addressed the parking needs of the town.

KCC hasn’t been paid for this, nor other sums which are owed by the developer and which now amount to
almost certainly in the
region of €3m.

To be fair to KCC its officials are as focused as they can be on seeing the building transformed into a living thing. It’s also apparent that Nama isn’t quite in tune with KCC’s efforts to encourage some kind of opening of
the NSC.

KCC insists that a dispute over the ownership of a piece of roadway near the centre — which is before the High Court — must be resolved first.

Nama, when it says anything at all, is in agreement here. But it’s hardly practical to allow a piece of roadway - the equivalent of a dozen car parking spaces - to delay a possible sale of a building of this magnitude.

Nama’s silence on this matter for so long is an affront to the people of Naas.

More worryingly a senior KCC official has been expressing frustration about the council’s dealings with Nama. Nama didn’t just open. It was set up with your tax money handling loans on vast property portfolios lent by banks we rescued.

It’s supposed to be working on your behalf.

But beyond taking your money in the form of tax, USC and PRSI it hasn’t been communicating about the NSC.

Nama is not a private company. We paid for it.

It behoves us to ask any or all of the 9 Naas councillors and 4 Kildare North TDs what’s going on.

And if they don’t know, why do they not know?

Our politicians are elected by us and they make decisions to set up bodies like Nama, a byword for secrecy.

You may not think much of your politicians.

But you chose them, so you talk to them.

You can only dance with the girls in the dancehall.