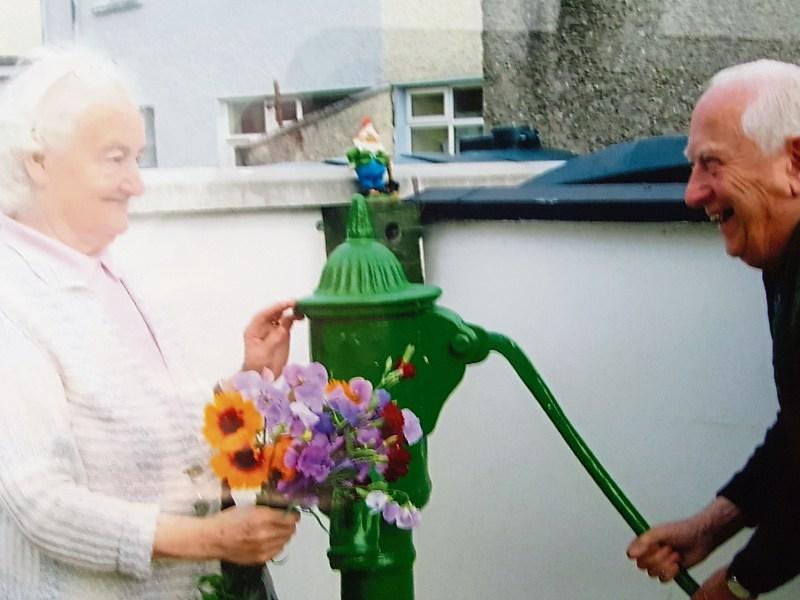 THE has taken place of former Celbridge publican, Mary Reidy.

She was described by her son, Fergal, as "a proud Kildare lady."

Her husband, Michael, passed away three years ago.

At her funeral mass, music was provided by Red Hurley.

Her passing sees the end of an era for Main Street, Celbridge.

Most of the residents on the street when the Reidy family was growing up have moved on.

Fergal said the Leinster Leader played a pivotal role in the life of his mother.

She was born and reared in Mylerstown, Robertstown,  before moving to Lucan and Celbridge.

When they bought the shop Mary ran it while Michael stayed working. They eventually bought the Liffey View bar,   Main Street, Celbridge, in 1960.

They sold it in 1996 and up and moved to Abbey Farm on the Clane road.

On a personal level, Mary met Michael when she was living with her two aunts on Main Street, Lucan. Michael came from Tiershanahan, Ballyheigue, Co. Kerry, well known for tourism, hurling and greyhounds.

Mary worked as a dress designer in the Grafton Academy until they bought the shop in Lucan. She helped Michael in the pub and they had seven children.

Michael passed away a few years ago and  Mary and Michael lost their daughter, Geraldine, to cancer in 2009.

Mary, a strong Catholic, visited Knock each year. She also visited the Holy Land twice. She was a strong sports lovers, particularly GAA at athletics.

A lover of fashion and music - she did not drink alcohol or smoke -  it was fitting that Red Hurley performed at her funeral mass this week. “He was a joy on the day,” said Fergal. “He raised the roof.”

She is survived by children, Miceal, Fergal, Maura, Olwyn, Paul and Eileen, and extended family and beloved grandchildren.