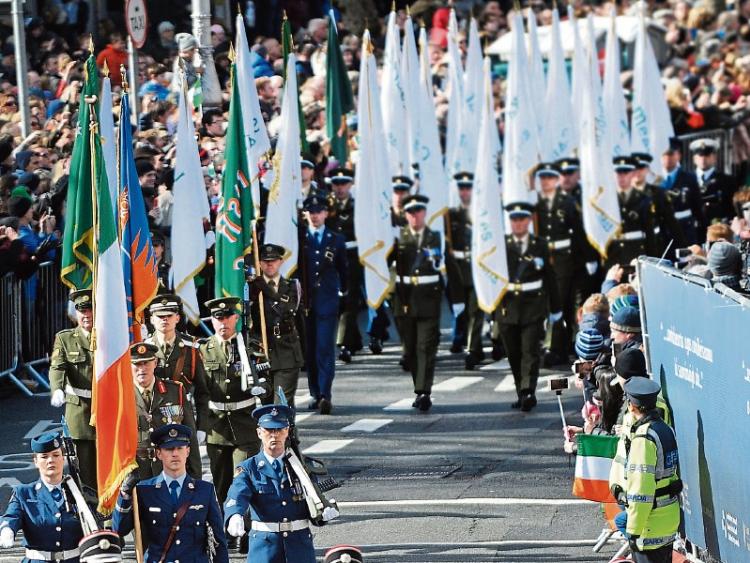 Eight Kildare cadets will receive their commissions at the Curragh tomorrow.

They will be among 29 new army officers and six Maltese officers to graduate from the Defence Forces Training College.

The 35 new officers have completed a 15 month cadetship, and will take up appointments as junior leaders throughout the Irish Army and the Armed Forces of Malta.

Minister of State Paul Kehoe, who has responsibility for Defence, and the Defence Forces Chief of Staff Vice Admiral Mark Mellett DSM will attend the ceremony on Thursday afternoon.

The class numbers among its members one officer who previously served as a private, and 15 university graduates qualiified in areas ranging from law to electronics to geography. Two have Masters’ degrees.

This class was involved in the 2016 State Ceremonial Programme last year.