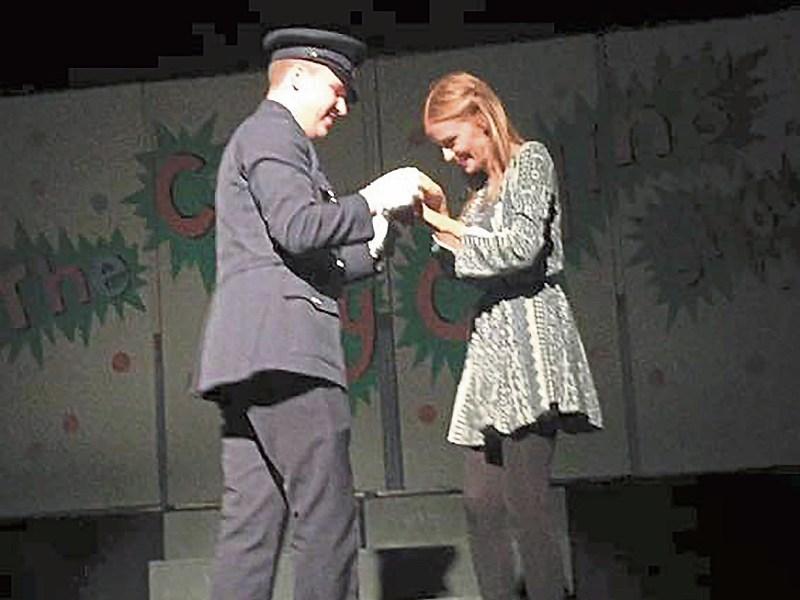 A music teacher got the surprise of her life recently with a marriage proposal mid way through her latest production of Hairspray at Confey College.

The Leixlip music Teacher Dearbhail Downey  from Naas was the only one not in on the act when her boyfriend and Naas Fire Fighter John Edmonds surprised her on stage during the final run of the show recently.

“The reason I decided to do it that way is because Dearbhail is involved with so many productions and she has been the leading lady for the past three years,” explained John.

“She teaches music and always gets me to do some work back stage. She had been asking me for years to go on stage but I always said no. So I knew she would not suspect a thing.

“When she opened the curtains I was there in my uniform down on one knee. Thankfully she said yes.”

Dearbhail is also a member of Naas Musical Society where she played the lead in last years production of the wedding singer and more recently she took part in a mock wedding during the year with TD Martin Heydon,

So she can't wait to do it for real however the couple have no dates in sight just yet.

“We just plan to enjoy Chirstmas first and the New Year,” he added.