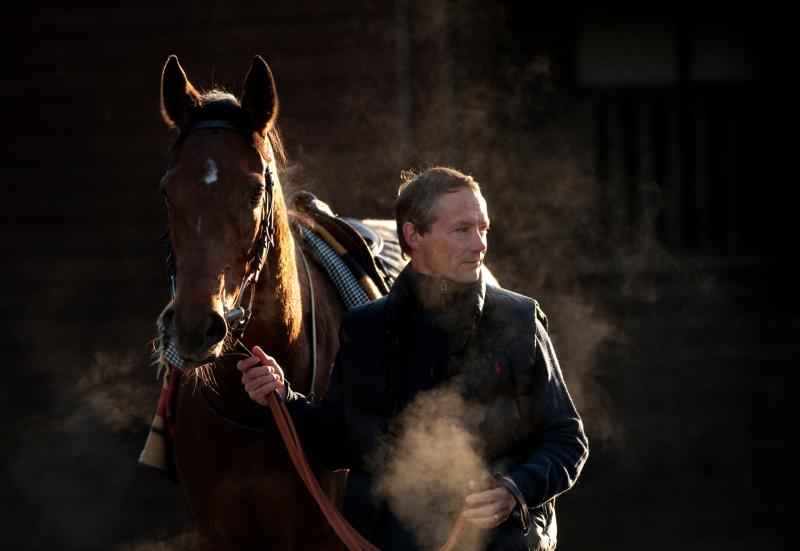 Former jockey Walter Swinburn, who died yesterday aged 55, lived for a time on the Bracknagh side of Rathangan with his family.

His parents Wally (a jockey for many years in Ireland) and Birr native Doreen Cash, ran a farm near Bracknagh.

Walter was a frequent visitor to the long closed Maher’s shop at Bridge Street, Rathangan, pulling up outside in his BMW car on his way to the Curragh to either ride out for exercise purposes or to ride in races at the premier flat racing venue in Ireland.

He spoke to the Leinster Leader three years ago from Newmarket, where he was working in the family owned Genesis Green Stud at Wickhambrook, Newmarket.

Unsurprisingly he said that Shergar was the best horse he ever rode.

He was a teenager when he piloted Shergar to Derby success and Lester Pigott rode the horse to victory in the Irish Derby.

Swinburn had a stellar career as a jockey, winning a string of prestigious races including the Epsom Derby on three occasions before reportedly struggling to maintain his riding weight.

He had attended Rockwell College in Co. Tipperary before becoming an apprentice at the yard of renowned UK trainer Michael Stoute.

“To be able to ride a horse like Shergar was wonderful. I was lucky to ride him. He was bred and raised in Ireland. Apart from being a brilliant racehorse, he had a wonderful temperament and I knew he was always well looked after (at Ballymany Stud, Newbridge). It would have been very difficult for him when he was kidnapped that evening and taken out of his environment,” Walter told the Leader at the time, referring to Shergar’s kidnapping, on February 8, 1983.

Security was not tight around stud farms then. “You or I could walk into a stud farm in those days,” he said.

“When you ride, you get off the horse and move on to the next race. As a trainer you have the horses for a long time and you have more contact with the owners and it’s not easy having to tell an owner bad news about, for example, when his horse sustains an injury.”

He trained horses for a time but for many he is forever 19, scorching towards the winning post to win the 1981 Derby by a record margin. He was so far ahead that second placed John Matthias, aboard Glint of Gold, thought he himself had won.