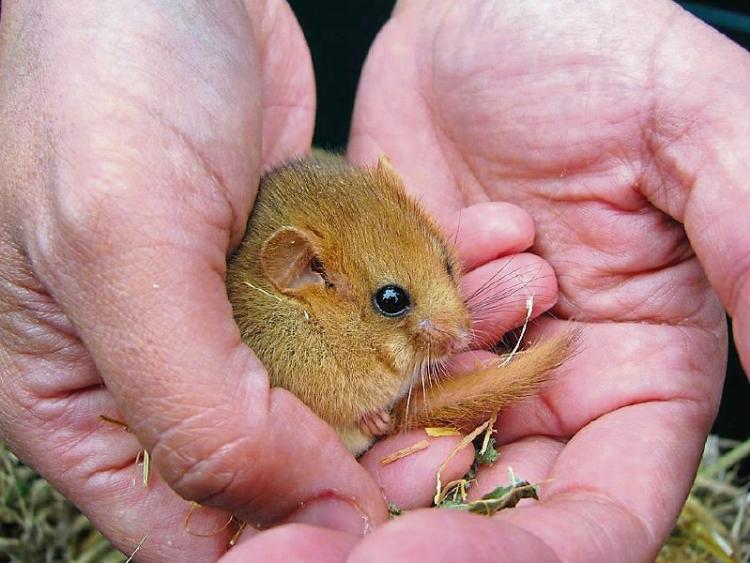 A much lesser spotted Hazel Dormouse has been found in a busy DIY store just outside Naas.

Little is known about the furry intruder - not even it’s sex.

Nora Egan, who works at B&Q’s  in Newhall found the mouse in a big plastic bucket in the outlet’s garden section.

“I assume he fell into the bucket and was unable to get out; he wasn’t moving much when I found him so I doubt he’d have lasted much longer. I gave him some food (seeds) and water and wrapped him in toilet paper, newspaper and fleece,” Nora told the Leader.

She added: “We don’t even know whether it is male or female, apparently it’s quite difficult to sex them.”

On Tuesday evening he was taken to Nora’s home at Ladytown where was cared for by Nora and her daughter Georgina.

The mouse dined on provisions of  hazelnuts, peanuts and apple and is thriving.

The Hazel Dormouse is rare enough in Ireland and the United Kingdom but, oddly enough, several have been found in County Kildare, notably in the Naas-Newbridge area.

Representatives of Dormouse Survey Ireland have visited the most recent addition to the known Hazel Dormouse community - the 18th confirmed in this country.

The critter’s DNA has not revealed much. According to DSI his DNA profile does not match that of his counterpart in France and though it’s closer to the UK equivalent it doesn’t match known profiles there either.

Nora and her colleagues at B&Q will continue to monitor him from outside a hamster cage and come April next, when hibernation is over, he’s likely to be released to wander the wildlife habitats of greater Naas.