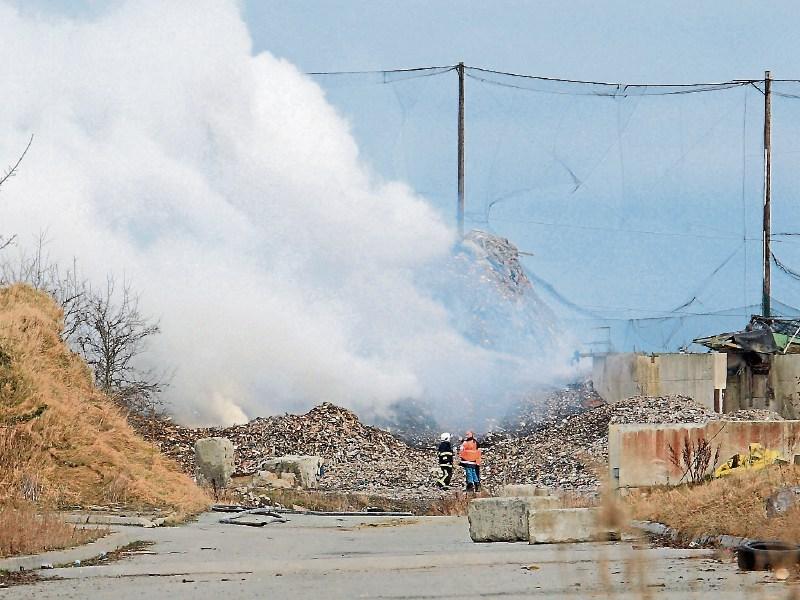 The landfill site before the fires were extinguished

The controversial dump at Kerdiffstown, Naas, is to be turned into a public park.

The site hit the headlines  almost six years ago when fires ignited within mounds of refuse creating massive plumes of smoke which were visible for miles around.

Both the fires and the smells which preceded them led to an outcry  from people living in Naas, principally in Monread and also in Sallins, Johnstown, Kill and Clane.

The 75 acre site was described during one court hearing as “the most complained about landfill in Ireland.”

Since then the Environmental Protection Agency and Kildare County Council have embarked on a major clean-up operation. This project, which has cost at least €12m to date, is being managed by KCC since mid-2015.

Following an extensive consultation period, during which members of the public were asked what should happen to the site once the clean up process is completed, it’s been decided by KCC that should become a public park with walkways/running routes, a children’s play area, two multi-use pitches and changing facilities.

Some 3 million cubic metres of rubbish was dumped there, mostly construction waste which carries little risk of pollution.

Kevin Motherway, a scientist working at Kerdiffstown, told a KCC meeting that some 200 boreholes have been drilled at Kerdiffstown and while “there are a lot of myths about the site, no hazardous materials were found.”