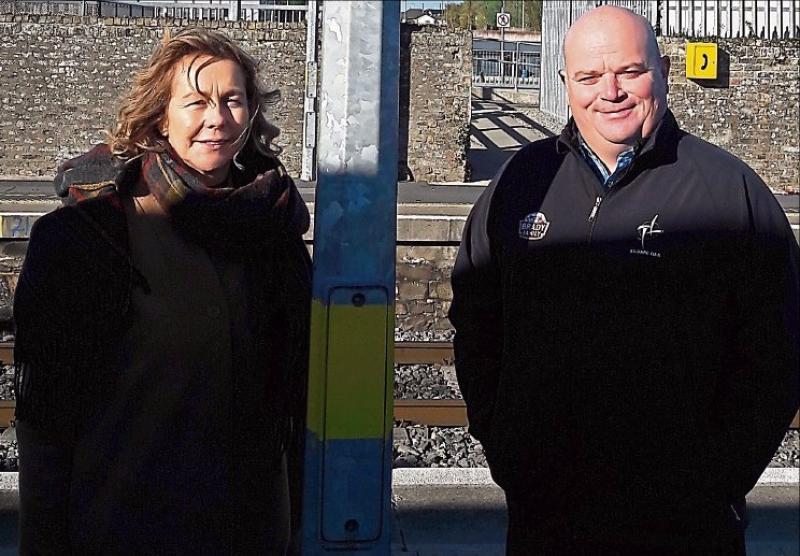 The Newbridge branch of the Labour party has accused the National Transport Authority (NTA) of abandoning Newbridge, Kildare and Monasterevin in its recent fares announcement.

It said rail commuters from these towns will see no change in the “current exorbitant fares while those travelling on the same line  from Sallins/Naas can expect a cut of almost 50 per cent.”

The party claims the move has strengthened the growing view that Newbridge, along with other parts of south Kildare, is receiving second class treatment within the county.

Newbridge local area rep Patricia Callinan said: "Many people bought homes in Newbridge as that was what they could afford because of the runaway property prices under the Fianna Fail led governments of the last decade. Now with a Fine Gael led government, supported by Fianna Fail in office, those working in the Dublin area are being left to bear outrageous fares on top of the duration of the commute."

She pointed out; "There is a basic issue of fairness here. The adult single fare from Newbridge to Heuston is €15.05. With its inclusion in the Short Hop Zone a single fare from Sallins/Naas will be as low as €3.56. While this is great news for Naas residents, it represents nothing short of an apartheid system for commuters in the county. Something must be done."

She said that some may point to tax savings with annual tickets and other fare deals but these mainly benefit daily users.

“Many people work part-time, others work from home some days and more combine work in Dublin with other centres - they are all faced with full priced tickets. In any case there is a fundamental issue of cost for all south Kildare rail users,” she added.

Cllr Mark Wall offered his full support to the commuters he met during a recent Labour party canvass of the Wellesley Manor and Baroda Court areas of Newbridge.

"What's required now from politicians is action not expressions of disappointment. I will fully support Labour efforts to revitalise the rail users action group to stand up for Kildare commuters,” he said.

Cllr Wall is writing to Transport Minister Shane Ross and to the NTA to express the level of outrage in the South Kildare constituency. He is also briefing Labour spokesperson Brendan Ryan TD so that the matter can be raised in the Dáil.