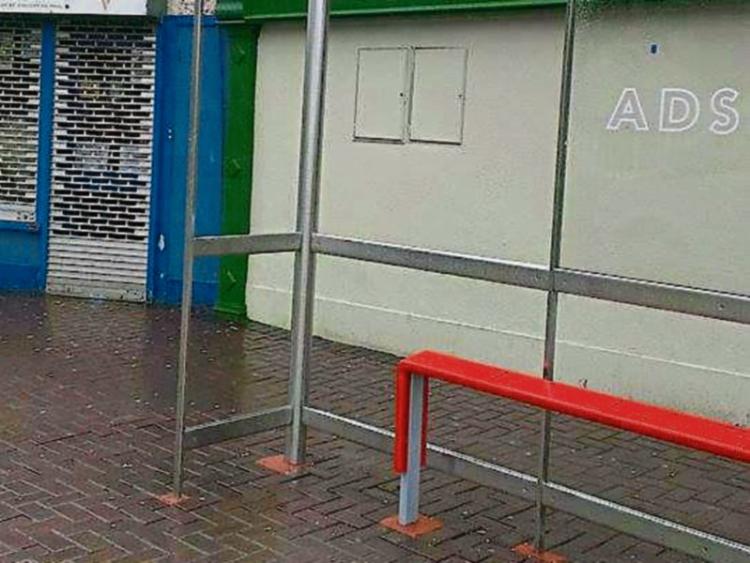 Will the new shelters have a seat like this one?

Speaking at this morning’s Kildare Newbridge Municipal District meeting, he made the joke after councillors questioned officials about the design of the shelters and if they would have a cover and seating.

Officials said the recommendation for the stops had come from a council policy sub committee and the shelters would be funded from the Local Property Tax (LPT) pot. The council wrote to Local Link, who suggested a stop be located at Hackett’s old shop in Rathangan and the other in Kilmeague.

Cllr Murty Aspell (FF) said he knew of businesses in Newbridge who would be interested in covering the cost of bus shelters and perhaps enterprises in other areas would also be willing to do so.

Officials said the aim was to provide shelters for rural areas as the National Transport Authority (NTA) only provides part funding for shelters in urban areas.

Cllr Mark Lynch (SF) said that while the locations mentioned were worthwhile, he would be of the opinion that the location should be based on the number of people using them and not on whether they were in a rural or urban area.

Cllr Joanne Pender (Ind) asked if the council was in charge of the design and would the shelter be enclosed and have a seat.

Officials said they were looking at a project in County Laois where they installed basic bus shelters at a reasonable cost.

Cllr Suzanne Doyle (FF) asked how much they cost and should the NTA not part fund them. “By spending money from the LPT, are we not letting the NTA off the hook”, she asked.

She said Kilmeague and Rathangan were not rural areas but were in fact towns. Cllr Doyle said she believed the shelters should be located in rural areas outside towns where people have no other recourse to transport such as the Curragh.

“There is not an ounce of shelter in the Curragh, they are standing in the puddles and the muck and not a shop in sight,” she said.

Officials said the bus stops could be built for around €6,000 or €7,000. They said they would find out more about the design from their Laos counterparts and get back to the councillors.

“Have you names for them already,” joked Cllr Power, “bog standard stops.”