Saw some of the country's worst disasters 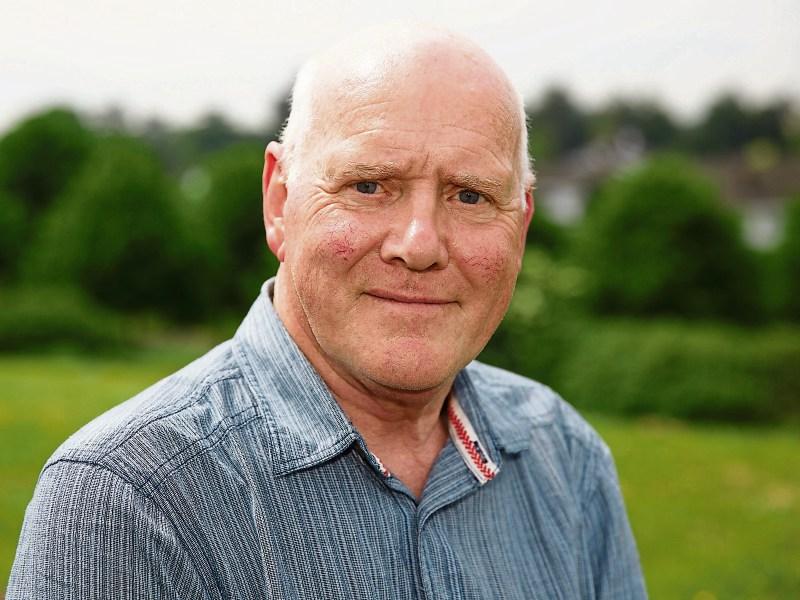 There’s nothing like the sound of an ambulance siren to induce a moment of reflection in most of us.

The yellow-coloured cube speeds past, blue lights flashing and for a fleeting moment you wonder just how ill the patient is and offer a hope that all will be well.

The sirens have fallen silent now for Pat Brennan, the 65-year-old retired head of the local ambulance service.

He came to Kildare in 1974, but hails from Carlow town and was born just across the border in County Laois on the Killeshin side of the town.

He lives in the Ballycane area of Naas at the second highest point in the town, above the rooftops of Lakelands.

Oddly enough for a paramedic-to-be, he was at that time working in a quarry in Carlow where his job was to arrange explosives to create sand and gravel from walls of rock.

It was a much better paying job and the wages included “danger money”.

Three years later he was promoted to run the services based in stations in Naas, Athy and Baltinglass. A fourth was opened in Maynooth in 1981. All four covered County Kildare and West Wicklow.

In 1997 he moved to the North Leinster HQ in the Phoenix Park, becoming the Hospital Liaison Manager for that region.

Married to Caroline, they have four daughters Sharon, Siobhan, Michelle and Caroline (Maggie), and three sons Anthony, Patrick and Andrew.

He attended the scene of some of the major accidents in the area including the rail crash at Cherryville (between Kildare town and Monasterevin) in 1983, which claimed seven lives and explosions at the Defence Forces firing range in the Glen of Imaal in 1979, in which three teenage boys died. He attended an earlier explosion in 1977, when five soldiers died in an explosion which occurred on a training exercise.

“The first that was known about Cherryville was a phone call from a pub in Monasterevin. It was dark and our first task was to find out where exactly the accident happened. Those who could got out of the wreckage started walking away and they didn’t know where they were or even where they were walking towards.”

He also worked at the scene of the Stardust nightclub fire in North Dublin in 1981 where 48 people died.

“The sheer scale of something like that lives with you for a long time; there were so many victims and so many families caught up in it. It was difficult to recognise many of the deceased.”

The work brings dark days as well as the ones which are memorable for saving a life.

“I can remember every fatal accident I ever dealt with and the hardest part is dealing with somebody you know is going to die.”

Paramedics deal with stressful incidents by remembering that the incident had already happened — the car crash, heart attack or the fall.

“We arrived after the event and were there to try to and improve the situation. In a way the worst of it was over before we ever got there; we were there to do good and there is reward in this. Some people are in the service because it’s a job and they need to pay the mortgage. To me it was something I really wanted to do and I left a better paid job to do this.

“In the past it was more of a vocation, people went into it because they wanted to. In the early years we didn’t get paid for all the hours we did but it is the best job in the world and a lot of my colleagues feel the same.”

He says the training staff do today enables them to treat emergencies such as strokes and heart attacks immediately.

Staff wear green because this colour shows up fluids of any kind and when this happens the uniforms are changed.

“This is where the service has come on in leaps and bounds. There are much better outcomes to serious events today and this is down to training and re-skilling. When I started you couldn’t give somebody paracetamol but now the staff use drugs like morphine.”

Sometimes accident victims are hostile and angry towards the paramedics — not because they don’t want help but because the anger is part of the injury, and can sometimes indicate that the patient is seriously injured.

The job was a vocation for Pat, and before he started he had completed a course to become an accredited Ambulance Aid Instructor.

In those days it was not well paid (“less than a bread van driver when I started”) and the job has evolved to the point where paramedics now write the first page of the patient’s chart.

Is the job easier today ?

“There is a lot more knowledge and skill required now, more than I had at the start; I put all new employees on training courses. You need to be able to do more now at the scene because people don’t necessarily expect to be brought to hospital. Time was when the ambulance brought the person to hospital but now the paramedics start the treatment when they arrive. The job once required six weeks of training; now it takes two years.”

Back in the day, the role of ambulance staff was characterised as “load and go” and today it’s “stay and play”. In other words, staff now treat people rather than just bringing them straight to hospital for treatment.

The Health Service Executive has taken some criticism recently about the time it has taken for some ambulances to arrive.

Time was when areas would be served by ambulances based in the same area, but the National Ambulance Service now uses a system known “dynamic delivery” which seeks to divert the nearest ambulance to the scene.

“Towns like Naas and Athy are being stripped of resources and it galls me but at the same time it should mean that the nearest ambulance is sent. Howeve,r better communications means that if an ambulance is on the motorway outside Naas heading to Limerick it can be guided to the front door of an address in Naas by the communications system.”

Also, patients no longer go to the nearest hospital as was once the case but to the most appropriate hospital.

“There’s little point in taking somebody to Naas Hospital if they should be in Beaumont because crucial time is lost admitting to Naas and then sending the patient on.”

In January 2015, a bus carrying teenagers from Dublin to Thurles crashed near Kill. Some ten passengers were injured, none seriously, but the incident was a major event.

Naas Hospital doesn’t generally treat children “but we diverted the casualties to Naas because it made more sense than to go to Tallaght.” This demonstrates the value of a strong relationship between the hospitals and the NAS.

Unfortunately for Pat, he has some health issues of his own right now. I just loved what I did because I’m not well enough to do it now.”

And he’s grateful for the treatment he’s receiving from nurses and doctors and those medical staff who remember him as a fellow professional.

He says he couldn’t have had a better job.