Newbridge mum backs Our New Ears for Charity of the Year 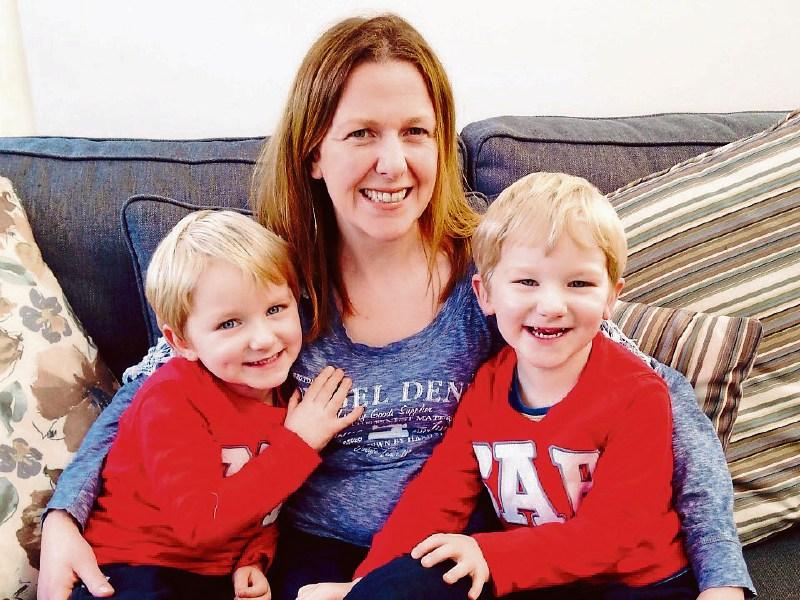 A Newbridge mum has spoken out about the fantastic work being done by a charity that support parents of children with serious hearing impairments.

Our New Ears has been chosen as one of 20 finalists for 2016 My Kids Time Charity of the Year. People can vote for the charity by logging on to www.mykidstime.com/general/vote-for-our-2016-mykidstime-charity-of-the-year and registering their vote by midnight on January 31.

Geraldine McAuley from The Oaks knows first hand what it's like to have a child with serious hearing problems.

“I have four boys and my youngest two are identical twins. Noah became very ill in the days after he was born and he was in critical condition in Temple Street Hospital. The drugs they used to save his life had side effects and that caused his deafness. We thought we were out of the woods but he needed surgery, and then it later became apparent he was profoundly deaf,” she said.

“We were devastated. It was soul destroying given everything he had come through.”

Geraldine got in touch with a group of parents who were campaigning for the government to provide bilateral cochlear implants.

“At the time, they were only funding one implant for profoundly deaf children, but that just doesn't work. You have two ears. If you have a blind person, you don't just carry out work on one eye, you need both. Back then, if you wanted to get two implants, you had to leave Ireland and pay to get them done.”

The parents lobbied hard and achieved their aim with Noah becoming one of the first children in Ireland to benefit from two implants with the first installed in March 2014 and the second in August.

Geraldine pointed out it is better to have the implants put in place within as short a space of time as possible, as this can have a significant impact on their success.

Experts also believe it is important that such surgeries are carried out on children before they turn five, as this is a vital time for the development of language and listening skills.

“Noah is doing really well. He started in playschool in Dara Park and for him to be able to attend mainstream playschool, its a dream come true,” said the proud mum.

“He can advocate for himself, and he does all the regular stuff a three-year-old does. He still has some way to go but he has just blown us away. The cochlear implants have been such a miracle and its great to see him to be able to be on a par with his twin Evan.”

The boys have two older brothers, Nathan (10) and Andrew (6). Both Geraldine and her husband Christian are delighted with Noah's progress .

Two years ago, the group of parents, which Geraldine became involved with, formed an official charity called Our New Ears. In order for children with cochlear implants to realise their full potential, the group pointed out that Auditory Verbal Therapy (AVT) is vital. It has been campaigning for its provision in Ireland. It recently provided funding for the upskilling of 11 professionals from speech and language, audiology, and teacher of the deaf backgrounds to complete the first round of training in AVT.

“The aim is to teach children to listen through their technology and express themselves through spoken work,” she said.

Geraldine emphasised that just because a child with a hearing impairment receives an implant, that does not mean they will automatically start speaking and listening.

Last year, Our New Ears brought leading experts on AVT to Ireland including Jill Muhs from the world renowned John Tracy clinic in LA and Carol Flexor from the UK to speak to parents.

“They really inspired the parents and empowered them. It's a huge shock for parents to learn their child has a serious hearing impairment. We had no deaf people in our family. We just didn't know what to do,” she added.

“Our group receives no government funding, it's run 100 per cent by volunteers and we fundraise to keep it going,” added Geraldine.

The winner of the Charity of the Year will receive support and an advertising package, which would be hugely beneficial for Our New Ears.

“We also want to create awareness about our group and let people know we are out there,” said Geraldine.

Anyone who wishes to contact the charity can email ournewears@gmail.com