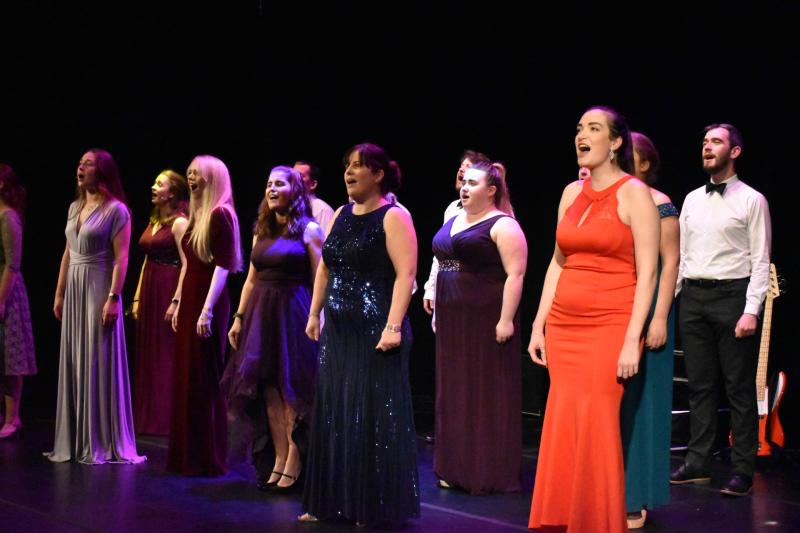 Newbridge Musical Theatre is searching for its Eva Perón, alongside principal cast members, as the group hosts auditions for its 2022 production of the hit Andrew Lloyd Webber musical Evita.

In addition to those for the show’s title character, auditions are also being held for the parts of Che (who serves as the show’s narrator), Juan Perón (Eva’s husband and President of Argentina), Agustin Magaldi (a famous tango singer), and Perón’s Mistress.

Auditions will take place on this evening, Thursday November 18, by appointment.

The holding of auditions for Evita comes hot on the heels of Newbridge Musical theatre’s return to the stage with their sold-out concert ‘Music of the Night’ at the Riverbank Arts Centre in Newbridge last weekend, the group’s first performance in more than two years.

Evita follows the rise and fall of Argentine political leader Eva Perón and was first released as a 1976 concept album featuring the vocal talents of Colm Wilkinson, Julie Covington, and Barbara Dickson. Productions in London's West End and Broadway followed soon after, with Evita picking up both the Olivier Award and Tony Award for Best Musical.

The musical has been revived numerous times both in the West End and on Broadway, and touring productions have played to millions of fans in countries all over the world. Evita was also famously adapted into an Oscar-winning 1996 film starring Madonna and Antonio Banderas.

Adam Trundle, PRO of Newbridge Musical Theatre said,  “We are bursting with excitement at the prospect of producing Evita as our Easter 2022 musical and our first full-scale musical since 2019. Evita is one of the most enduringly popular musicals of the past 50 years, no doubt thanks to the fantastic Andrew Lloyd Webber score including much-loved hits such as ‘Don’t Cry For Me Argentina’, ‘Another Suitcase In Another Hall’, and ‘You Must Love Me’ to name a just a few.”

Chairperson of Newbridge Musical Theatre, Conor Kilduff, said,  “Evita is a musical that places huge demands on all performers involved and provides a challenge that our members will relish across the key skills of singing, acting, and dancing. Thankfully, we know from our many previous productions that we are spoiled for talent in Newbridge. I am sure that our production team of Director Sharon McNamara, Musical Director Dave McGauran, and Choreographer Julianne McNamara will face some serious selection headaches when it comes time to choose our cast.”

Interested applicants are asked to email hello@newbridgemusicaltheatre. com to secure an audition slot.