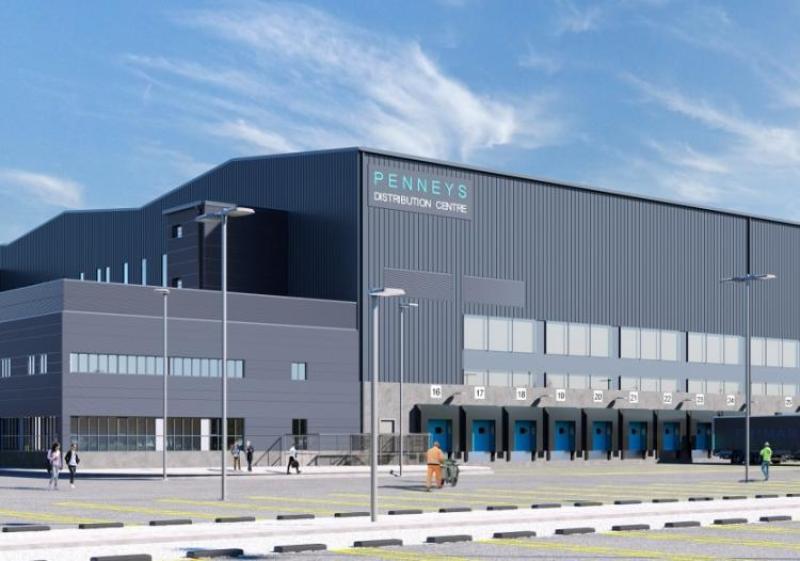 Penneys have been given permission for a new multi-million euro distribution centre on the outskirts of Newbridge.

As part of the €118m project, it is expected to employ 270 construction workers, and 212 full time staff. The company will have to pay €3.9 million in development levies.

The new centre will be almost the length of three football pitches.

The sheer scale of the massive facility has also been made clear: it will span 64,550 square metres in total and sit on a sprawling 15.42 hectare site off the R445 in Great Connell. The land is owned by Ballyfarm Ltd and Cox Property Ltd, who had given permission for the application to be made. The IDA recently purchased land nearby.

Murphy International, which is located on a neighbouring site also expressed its support for the development.

"Primark is an international retail company and their presence at this location, together with Lidl, KDP Ireland and Pfizer will ensure the continued economic growth of Newbridge and aid in attracting future investment to the region," it said in its submission on the plans.

The location is south of the Newbridge South Orbital Relief Road (NSORR). Permission was granted by Kildare County Council to development partner, Barola Capital DAC on October 22. Thirty five planning conditions were set out by the local authority.