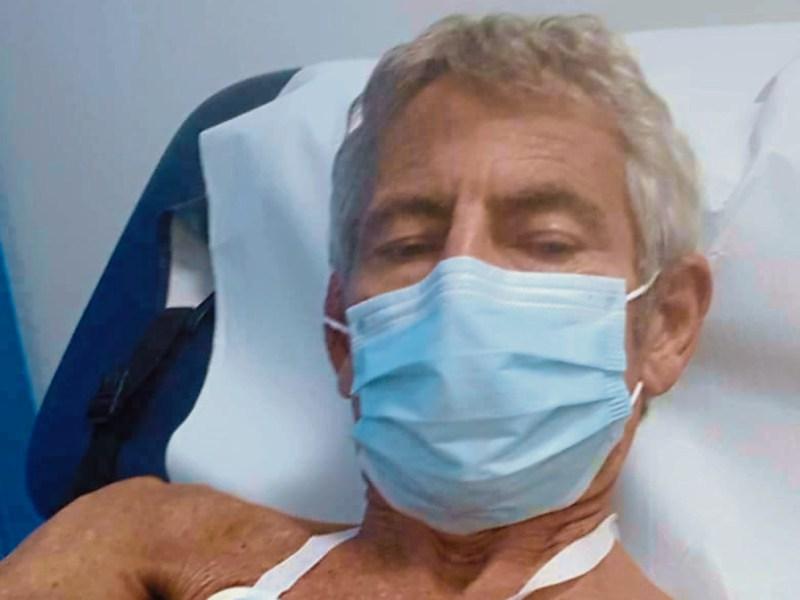 Pat Tinsley being treated in hospital

Well-known Newbridge photographer Pat Tinsley, and others living with the chronic disease hATTR Amyloidosis, suffered a bitter blow when they learnt last week that members of the HSE’s Corporate Pharmaceutical Unit recommended against the reimbursement of Patisiran, a game-changing drug in the treatment of the condition.

Pat (65) stated the decision left him feeling “thoroughly dejected and depressed with one of the last rays of hope extinguished… and the light at the end of the tunnel fading further.”

Along with 30-35 sufferers in Ireland of this rare but deadly and debilitating disease, the Kildare man stated they felt totally abandoned by the HSE.

“Time is running out for me and others. Patisiran has had great results for people living with the condition across Europe and the US, where it showed improvements in their quality of life and life expectancy.” The drug is widely available through the NHS in the UK and NI.

“When so much emphasis is on saving lives during the Covid pandemic, I feel my life, and those living with this degenerative disease, are considered worthless — according to the cost benefit criteria of the CPU.”

The heriditary illness has seen Pat’s health deteriorate over the last number of years. He has lost significant weight and finds ordinary daily tasks exhausting, sleeping an average of 15 hours per day.

“I am bitterly disappointed that my fellow Irishmen and women on this HSE committee, the CPU, can coldly ignore the plight of 30-35 sufferers of this deadly debilitating disease and cast them into the depths of despair and depression once more. With a single stroke of a pen they have extinguished the last ray of hope for getting them this game changing treatment that would vastly improve their quality of life and increase life expectancy.

“My life is invaluable to me but according to the criteria of the CPU cost benefit analysis it is deemed worthless. I only hope they get travel expenses if they attend my funeral,” said the photographer.

Kildare politicians who have supported Pat’s fight for treatment have expressed their unhappiness at the CPU decision. 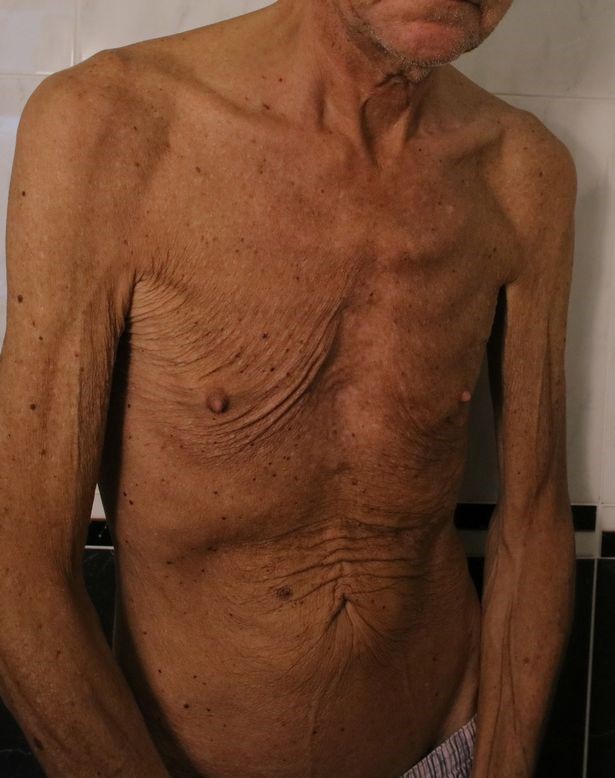 In the past two years, Pat Tinsley has lost 50lbs in weight

“I was very disappointed to learn of the decision on Patisiran. I have sought another meeting with (pharmaceutical manufacturer) Alnylam regarding their response to the HSE on this and I continue to fight for a positive outcome for Pat,” said Kildare South Fine Gael TD Martin Heydon.

Senator Fiona O’Loughlin, Fianna Fáil, said of the CPU: “Their decision made in Jan, not to recommend the reimbursement of Patisiran absolutely needs to be questioned.

“An extra €50m was put into budget 2021 to deal with reimbursement of new medication for those dealing with life limiting diseases. I have raised this again in the Seanad Monday morning, and the leader of the house has agreed to asking for a debate in relation to the criteria and decisions made around this refusal; and is it a case that the price with the manufacturers could be negotiable.

“We must continue to do everything that we can to support Pat and his peers to receive their life saving medication.

In response to the decision, Rosaline Callaghan of the hATTR Amyloidosis All Ireland Support Group stated: “It is simply not acceptable to us that the game changing treatment for hATTR Amyloidosis will not be made available in Ireland. We note that the applicant drug company has a statutory 28 days to respond to the decision. We would, therefore urge the CPU to deal with the matter as expeditiously as possible and not have a delay of months in reaching the final decision.

“Thr60Ala Amyloidosis, originates in a small ribbon of coastline in North West Donegal. It is an Irish origin disease and Irish citizens currently do not have access to the best treatments available for it.

“I commenced Patisiran infusions in July 2020 as I live in Northern Ireland. My family members in Burt, Co Donegal, a few fields away from me do not have access to it as they live in the Republic of Ireland.

“It is a progressive, ultimately fatal disease without treatment. My father spent the last 22 months of his life in Foyle Hospice, and he spent a total of seven years with the disease ravaging every part of his body”.

The late Martin McGuinness, former Deputy First Minister of NI, was diagnosed with amyloidosis in 2016 and died the following year.

Ms Callaghan added: “To quote a world health expert: ‘It is a devastating disease in all its full-blown fury’. Why are Irish citizens allowed to slowly suffer and eventually die owing to cost-effectiveness? It is a travesty.”