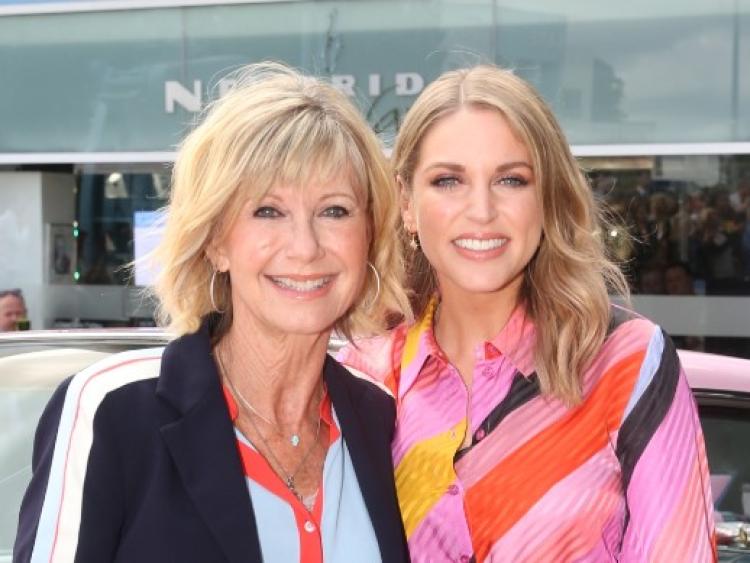 Grease star Olivia Newton-John today unveiled an exhibition featuring items from her Hollywood career at the Newbridge Silverware Museum of Style Icons. The exhibition in conjunction with Julien’s Auctions will feature her iconic Grease leather jacket and pants, Physical and Xanadu wardrobe pieces as well as gowns, awards and other memorabilia items.

The exhibition will be on display free at the Museum of Style Icons until Sunday, August 18, and the items will later go under the hammer in the US with some of the proceeds going to the Olivia Newton-John Cancer Wellness & Research Centre.

William Doyle, CEO, Newbridge Silverware said:  This is a unique opportunity for fans to view an amazing collection of costumes, gowns and memorabilia from her career including her iconic leather leggings and jacket from the final scene of Grease. We look forward to welcoming fans of the star through the doors over the coming weeks.”

Actress Amy Huberman interviewed the star on stage at the launch in Newbridge today.

The English-born and Australian-raised actress began her music career at the age of 14, when she formed an all-girl group, Sol Four, with her friends. She became a regular on Australian radio and television shows where she performed as “Lovely Livvy” and toured nightclubs in Britain and across Europe with Pat Carroll (now Pat Farrar) as the duo “Pat and Olivia.” Newton-John was also a regular on “The Cliff Richard Show.” Newton-John recorded her first single, “Till You Say You’ll Be Mine,” in 1966 and recorded her first solo album in country music, If Not For You, in 1971.

In 1978, Newton-John would become not just an international movie star but a pop culture icon when she co-starred opposite John Travolta in the high school musical film, Grease.