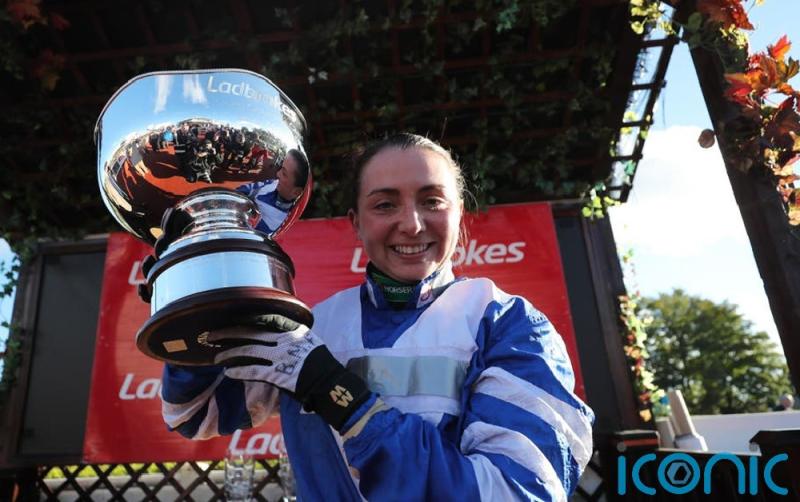 Bryony Frost will have a ride for Willie Mullins on Sunday as the champion trainer prepares a seven-strong team for the John Durkan Memorial Punchestown Chase.

Mullins has saddled a joint-record seven previous winners of the Grade One contest and appears intent on adding to his tally this weekend.

Allaho, so brilliant when winning the Ryanair Chase at the Cheltenham Festival, appears the Mullins first string, with the trainer’s son Patrick coming in for the ride.

Bryan Cooper steered Asterion Forlonge to victory over the course and distance in April and is once again on board him, while Danny Mullins partners Kemboy, as he did to win last season’s Irish Gold Cup.

Allaho is one of two leading hopes for Cheveley Park Stud along with Envoi Allen, who is the likely favourite for Henry de Bromhead and Rachael Blackmore.

The seven-year-old, who put a Cheltenham fall and an injury suffered at Punchestown behind him with an impressive return at Down Royal, is joined by Grand National-winning stablemate Minella Times, the mount of leading amateur Derek O’Connor.

A quality field is completed by Joseph O’Brien’s Fakir D’oudairies, who like Envoi Allen has the benefit of a recent run having made a successful reappearance in last month’s Clonmel Oil Chase.

The likely star of the show on the undercard is the Mullins-trained and Cheveley Park-owned Ferny Hollow, who makes his long-awaited return – and fencing debut – in the beginners’ chase.

The 2020 Champion Bumper winner has been off the track since beating top-class novice Bob Olinger in a maiden hurdle at Gowran Park in November of last year.