'Queen of the Ploughing' Anna May McHugh launches new book 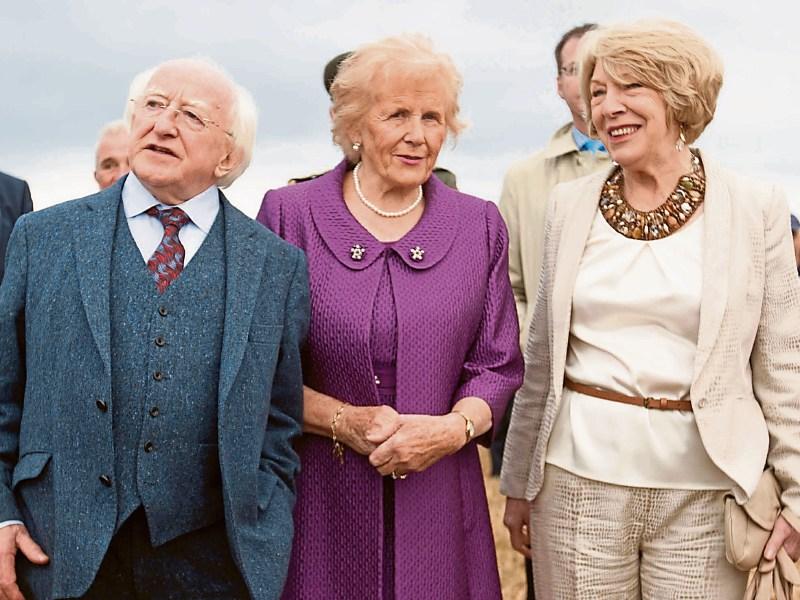 'Queen of the Ploughing' Anna May McHugh launches new book

Anna May McHugh's name is synonymous with the Ploughing, the annual Championships of the National Ploughing Association, which will be held in Offaly this year, from September 19-21.

The event is the biggest outdoor agricultural show in Europe and Anna May is the driving force behind its spectacular growth.

Anna May now tells her story in a brand new book, 'Queen of the Ploughing.' Her description of growing up as part of a large family in rural County Laois is an evocative and affectionate account of an Ireland that is now gone.

But in her account of how she went from being a secretary of the Ploughing Association, her first job, to - to her own amazement - its managing director twenty years later is a story of leadership and people skills that are very much of the twenty-first century. Anna May was truly ahead of her time.

Still living in County Laois, close to where she grew up, and now in her eighties, Anna May still runs the multi-million euro operation from her home, alongside her daughter, Anna Marie.

Queen of the Ploughing is a captivating read, full of warmth, lively and Anna May's sharp observations. And it's not just about Anna May's life, but is also a celebration of the best of Irish life over eight decades.

Anna May McHugh grew up on a farm in Ballylinan, Co Laois. She has worked with the National Ploughing Association for 66 years, serving as the association's secretary for 21 years until 1973, when she was appointed its Managing Director.

She still lives in Ballylinan, in the home she shared with her late husband John, which is also the headquarters of the ploughing. Her daughter Anna Marie works alongside her with the NPA and her son DJ is a farmer.

Queen of the Ploughing is now available nationwide. Anna May McHugh herself will be signing copies at Eason's on O'Connell Street this Saturday at 12.00pm (noon).