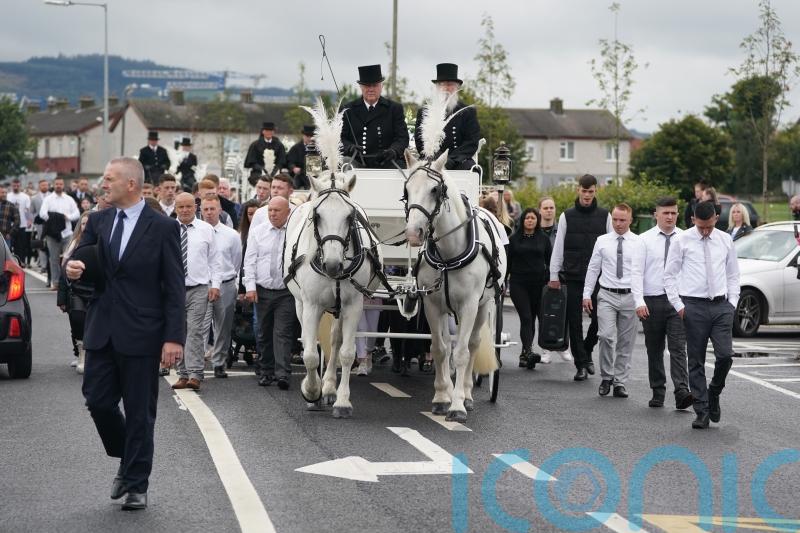 The funeral of three siblings who were killed in a violent attack at their home has taken place in Dublin.

Lisa Cash, 18, and her eight-year-old twin brother and sister Christy and Chelsea Cawley died in the incident in Tallaght in the early hours of Sunday.

Following the funeral mass at St Aidan’s Church in Brookfield, Tallaght, the three siblings were taken on horse-drawn carriage for burial at Bohernabreena Cemetery.

Hundreds of people attended the requiem mass on Friday morning.

The siblings died at their home on Rossfield Avenue in Tallaght in the early hours of Sunday.

Their older brother Andy Cash, 24, of the same address, appeared in court earlier in the week charged with their murders. 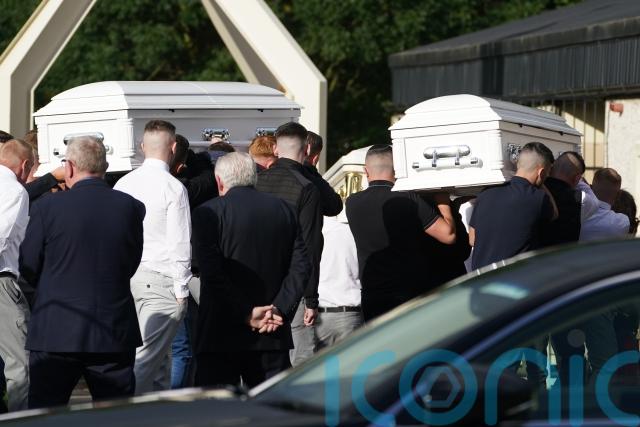 A large crowd of mourners had gathered at the church on Thursday evening as the sisters’ and brother’s remains were carried in.

“Lisa, Chelsea and Christy will be forever loved and very sadly missed by their heartbroken family, grandparents Martin McDonagh, Martin and Mag, aunts, uncles, cousins, brother-in-law Michael, nephew Baby David, extended family and all their many friends,” the notice read.