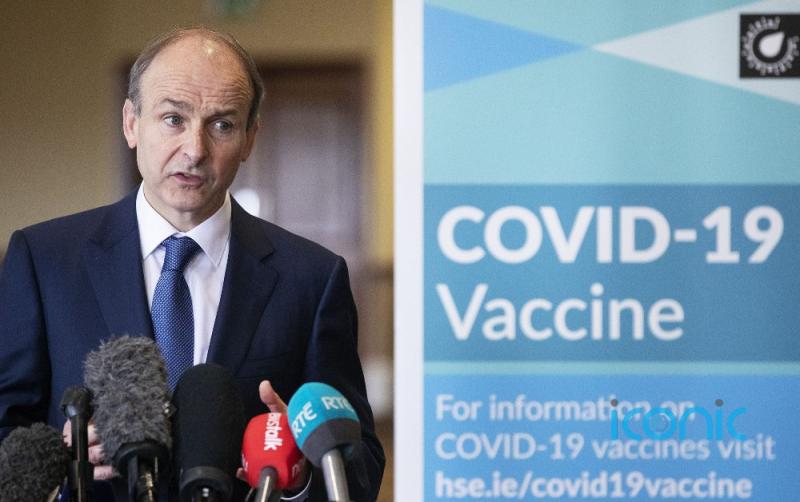 Taoiseach Micheal Martin has said Ireland’s voluntary vaccination system will be maintained after it emerged public health experts are exploring a mandatory system.

His comments came after minutes from a meeting of the National Public Health Emergency Team (Nphet) revealed the issue is under discussion, with a paper being prepared by the Department of Health.

Professor Karina Butler, chairwoman of the National Immunisation Advisory Committee (NIAC) said on Monday that mandatory vaccination could be “necessary for the overall good”.

But the Taoiseach moved swiftly to downplay the issue, saying Ireland had achieved one of the highest vaccination rates in the world under a voluntary system.

Speaking from Cork on Monday, he said: “I think Nphet will examine every issue, so it can give advice to Government from time to time.

“I’ve been very clear that I favour the voluntary approach to vaccination.

“We’ve done extraordinarily well as a country in terms of a 94%vaccination rate for the first and second dose and even 63% for the booster.

“We’re top of the European Union league table in terms of the booster campaign.

“I think that speaks volumes for informing the public about the benefits of vaccination, and also the robust debate that has taken place, with strong medical and public health contributions.

“Not just those in officialdom, but those in the academic world, those involved in the medicine world, who have been very, very clear about the value of vaccination.”

Mr Martin said that vaccination had played a huge role in Ireland’s Covid-19 response, and that without it, the country would currently be in a level five lockdown with infection rates at over 20,000 cases a day.

He added: “Vaccination is the big game-changer here. So I favour the voluntary.
“I fully respect people who will obviously explore all issues and research them and so on.

“But from my perspective, we have achieved one of the highest rates in the world through a voluntary system and that’s the system that we will maintain.”

But Nphet member and NIAC chairman Professor Karina Butler said the issue must be considered.

“I think this is something that really has to be thought about.

“There are pros and cons to mandatory vaccination,” Prof Butler told RTE’s Today with Claire Byrne.

“I know this has been looked at by the department and a paper is being done on that and careful consideration will be given to it.

“It’s always preferable if people can look at vaccinations, have the information, and be able to make informed decisions for themselves and get it.

“But there can be situations where making a vaccine a requirement is necessary for the overall good.

“But that’s being looked at at the moment.”

Recently published minutes of Nphet on December 16 said the issue would be discussed “at a later date”.

A paper will set out the “relevant ethical and legal considerations pertaining to this topic”, the minutes state.

Sinn Fein leader Mary Lou McDonald is opposed to the move, warning that it could have a “counterproductive effect”.

“I have to say I’m puzzled by all of this.

“I mean, we have a huge level of take-up of vaccination, including booster shots,” she told RTE News.

“I don’t believe that mandatory vaccination is a good idea.

“I think it’s a path that we should not walk down.

“The facts are that people have demonstrated that they are very thoughtful, very responsible, in terms of keeping themselves, their families and their communities safe.”

She added: “The public voted with their feet and in huge numbers have taken up vaccination.

“A small percentage have not and that of course is their right.

“But I don’t think you will win people to the desirability of vaccinations by making it compulsory, in fact, I think it could have a counterproductive effect.”

Sinn Fein’s health spokesman, David Cullinane, has also said he would not support the move.

“The voluntary vaccination programme has served us well.

“Mandatory vaccination would be a mistake,” he wrote on Twitter.

“People were given the opportunity to listen to the medical & scientific experts & made their own judgments.

“Vaccines work but the voluntary system in my view works best.”

“I would prefer to be winning people’s heart and minds,” he said, referring to Ireland’s already high take-up of vaccines.

Mr Reid said any decision would ultimately be up to the Government.

The Taoiseach has previously hit out at those who have not been vaccinated, saying they were having a “disproportionate” impact on the health service and that it was “clear as daylight” they were endangering their own health and the health of others.