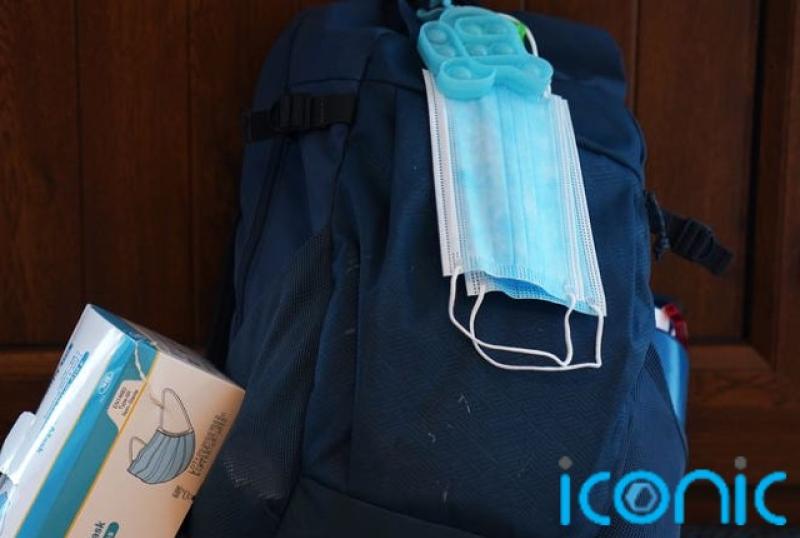 Calls are growing for a rethink of how school exams are to be held in Ireland this year, amid concerns about the disruption students have faced.

However, one leading teachers’ union has insisted that “traditional” exams must take place in 2022.

Students have spoken out about the pressures and problems they have faced since school returned in September.

Since schools reopened after Christmas there have also been warnings that some teaching may be forced temporarily online, due to swathes of staff absences caused by Covid-19.

There have been renewed calls for a hybrid approach to exams in which students would have a choice between sitting exams and accredited grades.

Emer Neville, president of the Irish Second-Level Students’ Union said that pupils would like to know as soon as possible what Junior Certificate and Leaving Certificate exams might look like at the end of term.

“It is very clear that students are continuing to experience really large disruptions and are missing a lot of class time, with no online tuition being made available for those stuck at home.

“So the disadvantages these students are facing in their education are also growing each day. As of now, nothing has been done to really address that gap in tuition and the rising inequality facing exam-year students.”

“What we know at the moment is that the exams cannot go ahead as planned,” she said.

Even students in school are learning in a less-than-ideal environment, she said.

Many students have reported cold temperatures in classrooms, as schools open windows in a bid to improve ventilation.

“We’re hearing on the ground that students are actually struggling to write in class. They’re left shaking. Other students have said their hands have been purple coming out of school.

“So I think it more than warrants some sort of change and if a hybrid is introduced that’s fantastic. If it’s safe to do so, they’ll be able to sit the exams and whatever we see happening students should be given the best chance to perform best in their state exam.”

The calls for some kind of change have been echoed by opposition politicians.

“It strikes me as a matter of fairness to students and indeed to staff at a time where we now have very high levels of infection and whereas schools might be open, that’s no guarantee that every teacher will be in.

“It’s certainly no guarantee that every student will be in a position to attend.

“I think as a matter of basic fairness, that blended approach needs to be offered,” she told RTE radio on Monday.

Labour TD Aodhan O Riordain and his party have also been calling for Education Minister Norma Foley to introduce a “hybrid” Leaving Certificate.

Last week he tweeted: “Time for the Minister to listen.

“No-one can pretend that 6th years are being experiencing an exam year unaffected by COVID.”

This campaign has been backed by some in Fine Gael, one of the three parties in the coalition Government.

Senator Regina Doherty, a former minister and senior party member, said on Sunday: “I appreciate that some allowances have been made for this year’s Leaving Cert students, and I’m sure they do too, but that is nowhere near enough.

“The decision to grant last year’s students a ‘hybrid’ option, which gave them the option of sitting exams or receiving accredited grades, came as a relief to so many.

She called on Ms Foley to give “strong consideration” to introducing some changes to exams.

“The hybrid option is a compassionate one, and compassion is what our students deserve right now.”

Yet some teaching groups have spoken out against any plans to introduce changes.

In a statement on Monday, the Teachers Union of Ireland said it was the “strong position” of the trade union that “the traditional state examinations must take place this year”.

“The current circumstances are radically different from previous years and there is no justification for offering additional options to students. On that basis, the TUI will not support any other options.

“Recent contributions from some political parties around this issue are unhelpful and will inevitably lead to more uncertainty in school communities that are already struggling with the varied consequences of the pandemic.

“We are already receiving reports of students disengaging because of an expectation that they will not have to sit examinations. This is very damaging to the education system and to the prospects of those students,” the union said.

However, the union said that its position was that “further consideration could be given to extending the breadth of topics covered in papers or adjusting marking schemes, and any other reasonable measures that might take account of this year’s circumstances as we see how the situation evolves”.

A spokesman for the Association of Secondary Teachers in Ireland (ASTI) said that it was “committed” to an externally-assessed Leaving Certificate.

The spokesman indicated that the fact that many Junior Certificate exams had been cancelled due to the pandemic had created an absence of data to inform calculated grades.

“A significant number of these students are now in their Leaving Cert year. This means that there is no Junior Cert data from externally assessed Junior Cert exams available for these students,” the spokesman said.

The National Association of Principals and Deputy Principals (NAPD) has said there needs to be a discussion about what exactly a hybrid system looks like, but is backing measures to support students.

Paul Crone, director of the NAPD said: “We’re saying we just need to be mindful and considerate that we need to put as much supports in place as we possibly can to support these students.

“We would be in favour of the state running the state exams next June, but we also will be saying we need to consider how else we can capture their assessments.

“I don’t know how we define hybrid. We had to calculate grades in 2020. We had accredited grades in 2021. I am conscious that there are or have been issues with both of them.

“We need to put our thinking caps on and come up with some form of supports for students.”

Mr Crone said that while he agreed with the TUI on the need to hold exams in June, it was important to bear in mind the unprecedented challenges pupils had faced.

“Is that as the sole means – is that being fair to the students?

“Is that increasing or reducing the students’ anxiety? Is that the best, the optimum way, to prepare students and assess students for whatever the next stage of their educational or vocational journey?”

The Department of Education has been contacted for comment.