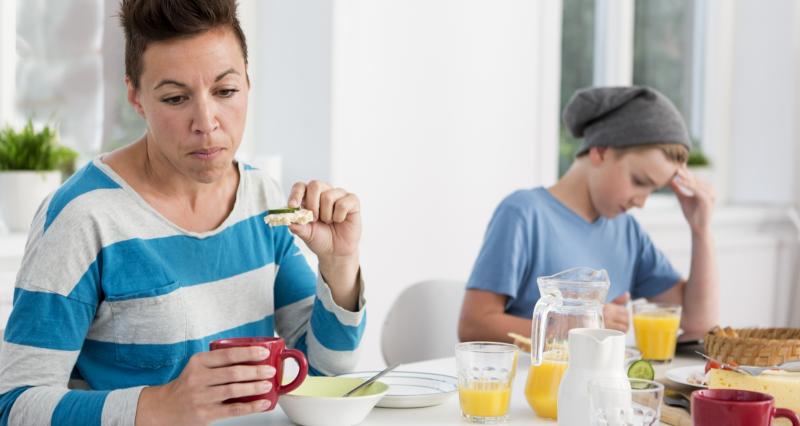 If you don't have anything nice to say, don't say anything at all

Most misunderstandings are usually because of poor communication.

Communicating well between family members leads to less arguments which results in increased cooperation and stronger connection among parents and teenagers.

To do this, it is important to invest time in building these relationships by spending time together, having conversations, listening to one another and being interested in their interests.

As children begin to grow up and become teenagers, they start to develop their own sense of self and have their own ideas and beliefs.

This can cause disagreements if these new ideas are very different to their parents and this can be difficult for parents to respond to.

Children and teenagers like to test boundaries, although it’s a bit easier to influence small children to follow the rules, it is a lot harder to do this with adolescents. This is because teenagers are less likely to follow rules when they are not part of making or agreeing to the rules. As much as a parent wants to tell a teenager to do what they say or ask with no room for negotiation, this is unlikely to happen even if a parent thinks it does.

Teenagers will most likely begin to lie or hold back the full truth because they believe their parent won’t understand nor see things from their perspective, despite parents trying to do the right thing by their children. In order for teenagers to follow rules, communication is key. For this to happen, teenagers need to be part of the decision making.

Start with picking a good time, no distractions and when everyone is calm, ask the teenager to give their point of view without interruption no matter what is said. When finished, the parent can repeat what they have heard back to them to show the teenager have been listened to.

Then, the parent has their say on what the issue is. Teenagers need to listen and not interrupt when the parent is speaking, also. For this communication to work well, everyone must be clear from the beginning that they must speak respectfully and one at a time. If anyone raises their voice, remind each other that the conversation can only continue if everyone speaks calmly to each other.

If everyone cannot speak calmly then maybe it is best to postpone until everyone is calmer. If the conversation continues as an argument it is unlikely anything will be resolved.

Once both parent and teenager have heard each other’s points of view, then it is time to come up with solutions. Let the teenager come up with them first without interruptions, followed by parent’s solutions and then try to reach an agreement. The key is to listen to each other’s view, see where the other is coming from and then try and figure out what works for both of you.

Most disagreements can be resolved by having a calm discussion. Everyone wants to be heard and feel understood. It may take practice and perhaps learning how to be calm first.

This is also teaching your teenager how to problem solve and deal with situations they dislike in a positive way. Once both have met in the middle and made an agreement, it is important to arrange a follow up conversation after a few days to see how the agreement is working for everyone.

This article was contributed by Jillian Gillick, Family Support Worker with Respond, a member of Parenting Limerick. For more information on this and other topics www.loveparenting.ie.