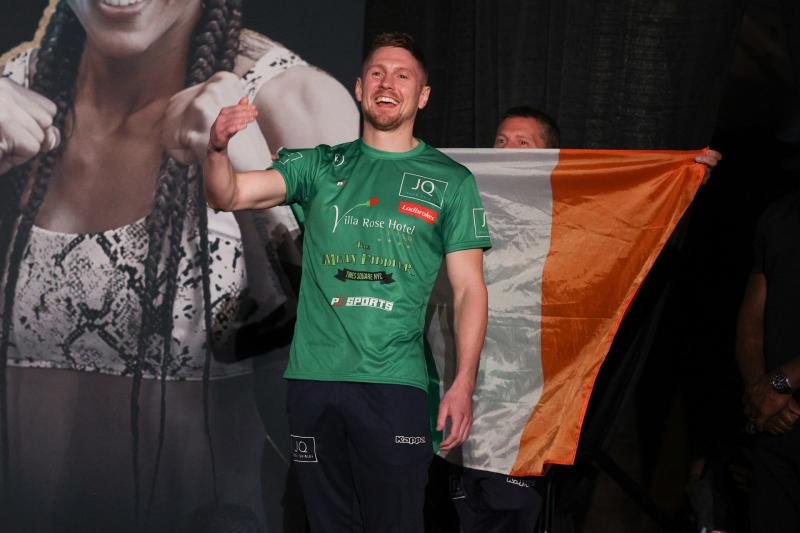 Jason Quigley says he’ll put on the ‘performance of my career’ as he goes in search of the world middleweight title on Friday night.

Quigley (19-1, 14KOs) looks to take the WBO middleweight belt from holder Demetrius Andrade (30-0, 18KOs), who is making his fifth defence.

Quigley is backed by a huge traveling support who have made their way to Manchester, New Hampshire.

“I’m getting in there to put on the performance of my career,” Quigley said.

“I’m here to put on a show in front of my Irish fans.

“It’s a brilliant experience for me and I’ll get in there and give it one hell of a fight.”

Quigley weighed in at 159.8lbs while Andrade touched the scales at 160lbs.

The Ballybofey man, who will be cornered once again by Wayne McCullough for the fight, believes his hand will be raised at the SNHU Arena.

He said: “I’ll have to be on top of my game, but I believe if I bring my best performance i can be a world champion.

“My fans are going to see an unbelievable performance. I’m going to put it on for them.”