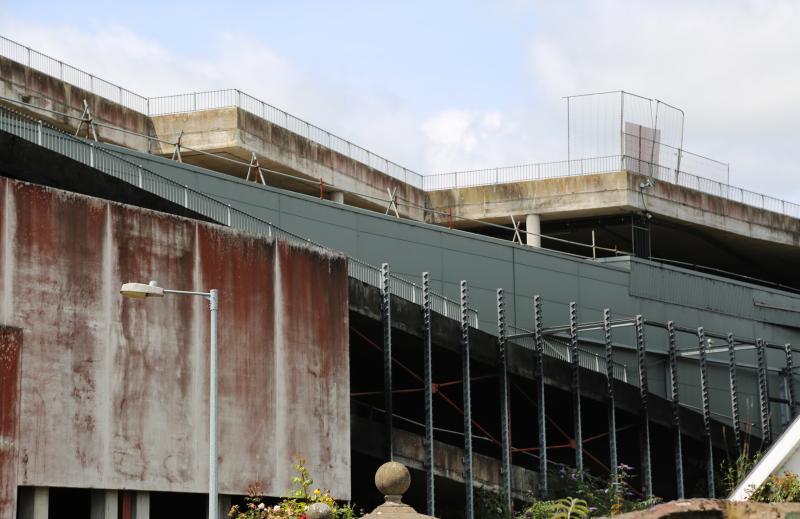 The new owners of the unopened Naas Shopping Centre have appealed a decision to refuse permission to demolish existing structures there.

Kildare County Council rejected an application by Central Tower Limited, a company associated with the Roche Group, which owns the site, to  demolish the remaining structure  which formed part of the Bank of Ireland building at South Main Street, as well as a building adjoining the bank.

These would have been replaced with lighting stands and steel gates - and would have created a new entrance to the NSC from the main street.

The application also sought the go ahead for a new internal layout for the Forge Inn pub over four floors as well as a glazed three storey extension, along with a landscape plaza and a seating terrace for the Forge Inn.

It was turned down just over a month ago.

Kildare County Council pointed out that the buildings that would be affected by the proposal are of historical and archaeological importance to Naas.

The outcome has been appealed to An Bord Pleanála, which effectively acts as a court of appeal for decisions made by local authorities.

A decision is due to be made on this by October 24.