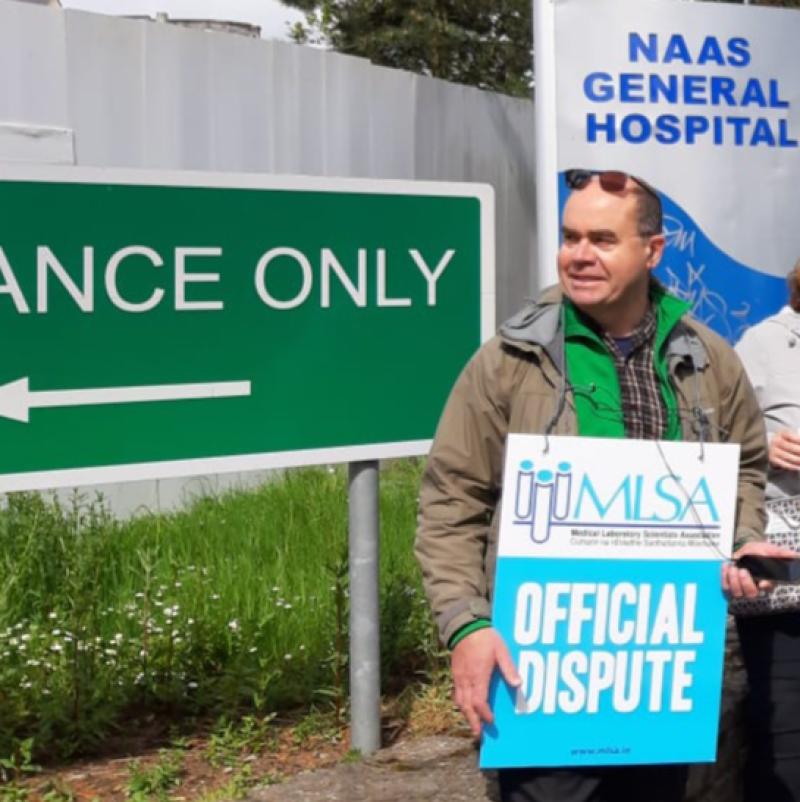 Green Party councillor for Naas Colm Kenny, who works as a medical scientists, was among those protesting outside Naas General Hospital on both weeks. Pic supplied

Medical scientists who have been protesting outside Naas General Hospital have agreed to suspend strike action.

The decision is in line with a recent mandate put out by the Medical Laboratory Scientists Association (MLSA).

A spokesperson with the MLSA said in a statement that this was done following an invitation to all negotiating parties to attend the Labour Court today.

They explained: "Hospitals will endeavour to resume appointments and procedures as quickly as possible tomorrow; inevitably, there will still be some cancellation of inpatient and day surgery and outpatient appointments across hospitals.

"Hospitals will contact patients directly to advise them on any updates or changes to arrangements for tomorrow."

They added that routine GP testing and testing services for patients already in hospital will resume tomorrow.

Interview with 'Ryan' ahead of Tuesday evening's Prime Time Investigates

Last week, medical scientists nationwide agreed to take part in a strike, which was motivated by n frustration over long-standing pay and career development issues, according to the MLSA.

A further two strikes were planned for Tuesday, May 24 and Wednesday, May 25.

The planned action involved the withdrawal of routine laboratory services from 8am to 8pm on both days, affecting routine hospital and GP services across the country.

Joining them on the day was fellow medical scientist and Green Party councillor for Naas, Colm Kenny, who told the Leader about how much the MLSA have emphasised the importance of pay parity. 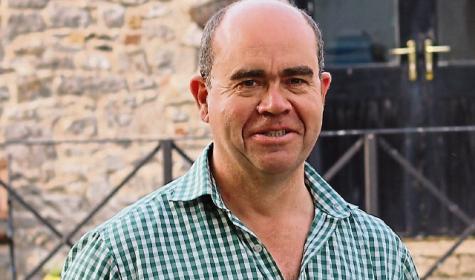 He explained: "There is a different group of scientists, biochemists, mainly in the older Dublin hospitals such as St James’ and the Mater… but it’s important to note that we are doing the exact same job as them."

'IT IS LESS ATTRACTIVE TO COME INTO THIS PROFESSION'

Cllr Kenny, who has 28 years of experience in the field, continued: "However, we have lost that pay parity, by about 8 per cent.

"It is less attractive to come into this profession (compared to other medical professions): we are 20 per cent down in posts, and we are finding it hard to fill them in."

He added that a number of his party colleagues have shown him support, and further said some of them have been involved in industrial action in the past and have given him advice.

Cllr Kenny also explained that the group has received some public support, with many cars passing by beeping their horns at them in solidarity.

Today, he updated the Leader by saying that Phil Ní Sheadghda of the Irish Nurses and Midwives Organisation (INMO) has expressed support for their cause.