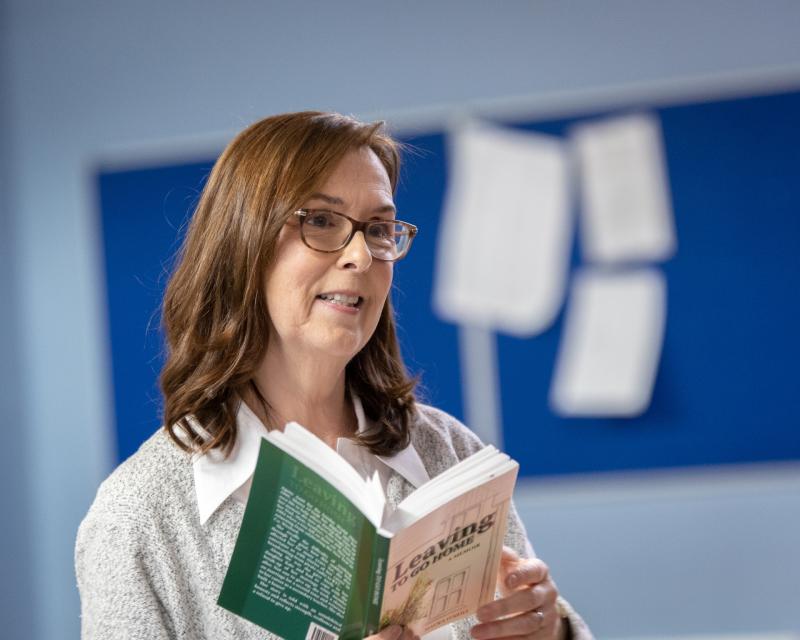 Maura O’Neill taught English and French, although English was her first love, in Naas CBS and when she retired the first thing she decided to do was to write a book. In fact, her project turned out to be a memoir.

For years she has been an Agony Aunt for the Sunday World and in answering people’s problems she has drawn on her own life. 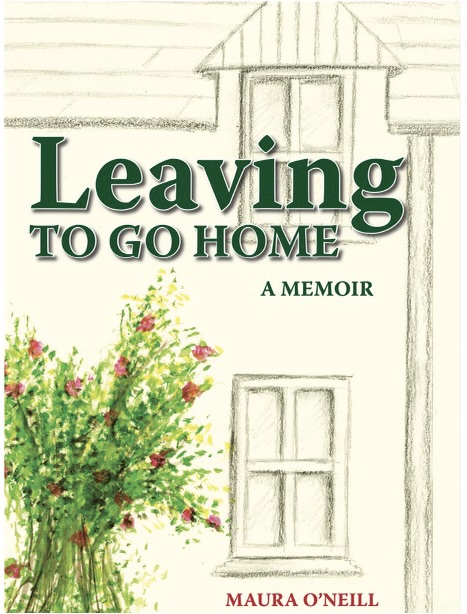 An image of the book cover

So, when she decided to open up her laptop to write her own story she found it a healing process.
In 1984 Maura’s parents and two of her brothers, Sean, aged 23 and Noel aged 16 were killed when a tree fell on their car during a storm.

She includes in her memoir an honest account and description of her attempt to get through her grief and loss.
However, her personal challenges didn’t stop her career in her much loved radio.
Her interest in this medium, starting with pirate radio back in the eighties.

This in turn would lead her to a very varied career which eventually took her to RTE and presenting on 2FM when the late Gerry Ryan was on holidays.

Maura also worked on Radio 1, replacing the late Marian Finucane when she took her holiday leave.
Not content with just being in a studio, Maura was also asked to be a reporter for the Ryan show.
And this took her and the team to Cape Town, South Africa.

Before that she, Gerry and his producer went on safari, and she recalls the wonderful landscape and animals she saw there.
Her experience of Cape Town included emotional interviews with people who lived through Apartheid and a man who was imprisoned with Nelson Mandela.

During her radio career she met and interviewed people she will always remember for their life story and for their willingness to share those moments with her.
At one point she decided to give radio up and focus on her family, especially her daughter Kate.

She and her husband, Kieran, built a house in Straffan and settled down in the corner of a cornfield. Maura then went back to her first career, secondary school teaching at the 1,000 student CBS in Naas.
She spent sixteen wonderful years there. Maura originally made her way to Kildare from northside Dublin, settling in Maynooth in the early nineties and taught in Salesian College, Celbridge.

She settled into community life in Straffan and at one time, was PRO for the local GAA team.
Her husband, Kieran McManamon, played and managed Straffan and Clane GAA clubs.

She also did a series of interviews for KFM with well-known Kildare people, for example Charlie O’Neill, Jack Hennigan, Stan Cosgrove of Moyglare Stud to name but a few.

Her family now live in Clane where they moved in 2017.
When she decided to launch her memoir, Leaving To Go Home, she chose her old school as the venue for the occasion.
And she spent a lovely evening there with family, friends, past and current staff of the school.

She hopes her book will inspire others to always move forward with life no matter what the challenges, find support as she did and always have hope that tomorrow will be a better day.
Copies of her book are available in the Barker and Jones bookshop at Poplar Square, Naas.