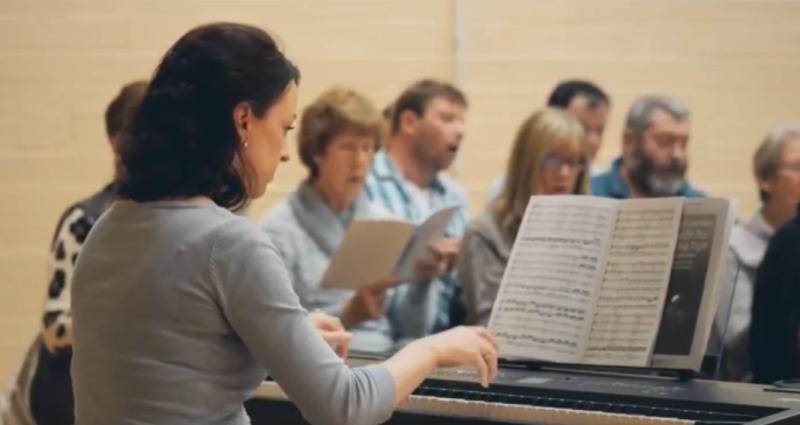 Members of the group

This will be a memorable year for many, not least because of the heart-breaking war in Ukraine and the ongoing persistence of Covid in our lives.  However, it also marks the 50th anniversary of the founding of the well-known Naas choir, the Nás na Rí Singers.

A very special concert is taking place on Sunday May 8 in Caragh, in the Church of Our Lady and St. Joseph.  Aptly called Concert for Peace – the Nás na Rí Singers with Orchestral Ensemble, will perform Karl Jenkins’ The Armed Man.

Karl Jenkins wrote The Armed Man as a mass for peace, to mark the new millennium. It is essentially an Anti-War piece, and the music which is often described as enthralling, takes the listener on a journey, starting with the throbbing notes of the march of the L’Homme Armé,  through the nervous excitement and ultimate horror of Charge and ending with the repeated ringing out of the message Better is Peace than always War.

Previously performed in 2008 by the Naas choir as part of The Really Big Chorus, at The Royal Albert Hall - 2022 seems like the perfect year to dust off the music and perform The Armed Man in full, to a local audience.  The choir has engaged an ensemble of 20 professional musicians to add to the drama and excitement of the performance.