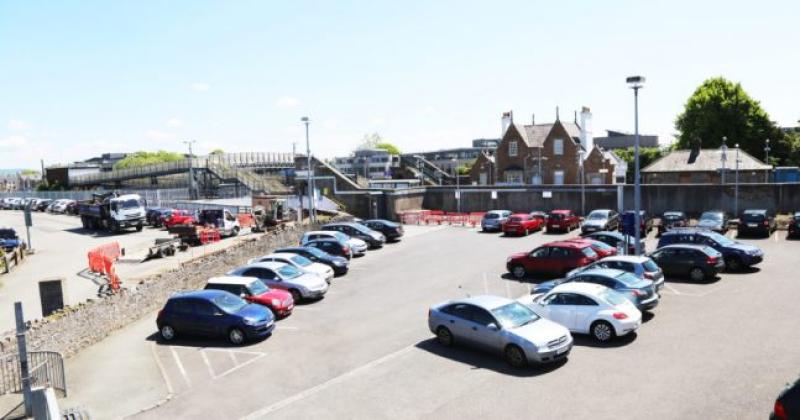 Car parks operated by Irish Rail at the Sallins station are not full.

According to Irish Rail the “current car parks are not at capacity - as of now”.

Irish Rail was responding to questions raised about the delay in providing a new car park at the Waterways centre.

Referring to that site IR said: “We are currently progressing plans to open the new underground car park at Sallins station, and will update customers on an opening date as soon as we have one.”

At a recent Naas Municipal District meeting, Cllr Carmel Kelly asked Kildare County Council to write to Irish Rail seeking information about “the status of the car park” and asking when it will open.

“It’s waiting to go and the  numbers using the train are getting back to pre-Covid-19 levels,” said Cllr Kelly.

Over two years ago Irish Rail said it was in discussions with agents acting on behalf of the owners of the Waterways development.

At the time this development had an unused 200 space underground car park that required substantial remediation works to bring up to operational specification. Iarnród Éireann  said it had held several meetings with the agents to discuss terms for a leasing agreement which would include the required remediation works to the car park.

Deputy James Lawless said at the time he  wrote to the head of CIÉ about the ongoing delay in opening the planned underground car park at Sallins train station, who confirmed that it is not expected to open until spring in 2020.

Geraldine Finucane, Group Secretary of CIÉ, outlined in her response to Deputy Lawless that the Waterways development has approximately 200 available spaces and that Irish Rail was very close to agreeing terms with the agents on a lease which would include the necessary remediation works to the car park. Ms Finucane said the site had suffered flooding in the past and required substantial repairs to bring it up to the required standard.